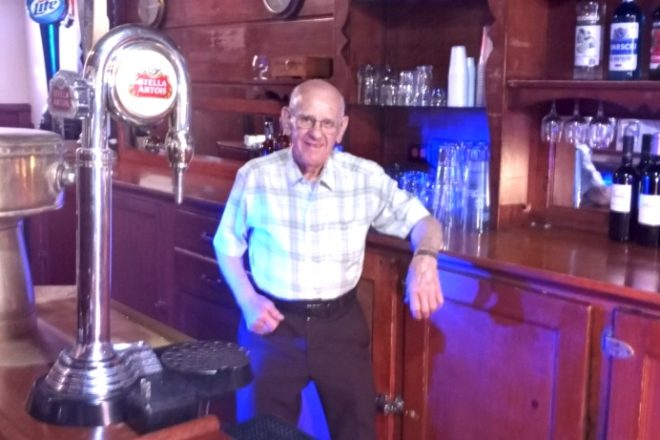 Clarence Cumber Jr. is getting ready to reopen Butch’s Bar, which was destroyed by fire in February, in the former Nautical Inn building at 234 Kentucky St. in Sturgeon Bay. Submitted.

Tom Alberts, owner and president of Great Lakes Business Group in Sturgeon Bay, has announced that the sale of the former Nautical Inn at 234 Kentucky St. to Clarence G. Cumber Jr. closed last week. The building will soon become the new location of Butch’s Bar.

The previous Butch’s Bar, located at the southeast corner of 3rd Avenue and Nebraska Street, was a well-known gathering place for locals and visitors alike for about 50 years before being destroyed by fire in February.

At age 82, Cumber said he’s getting ready to run the bar at the new location as he previously did a few blocks away. Cumber and his son, David, are making some changes to the former Nautical Inn building, which Cumber said should be ready to reopen soon, hopefully around the Fourth of July.

He said the new location will have the atmosphere that Butch’s Bar provided before, including the Wednesday open-mic nights that were popular with local and visiting musicians and performers.