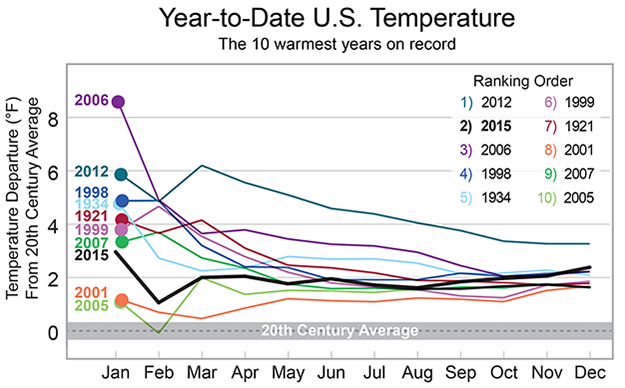 With the recent report that 2015 was the warmest year on Earth since modern record keeping began, we take a look at some of the weather numbers for last year.

The number of natural disasters in America where damage exceeded $1 billion. The list includes the continuing drought in California, Alaskan wildfires, severe storms across the Great Plains, and a massive February blizzard in the Northeast. These weather events resulted in the deaths of 155 people. The 1980-2015 annual average for climate disaster events is 5.2 per year.

The number of months in 2015 that were warmer than their 20th century averages; only February was cooler.