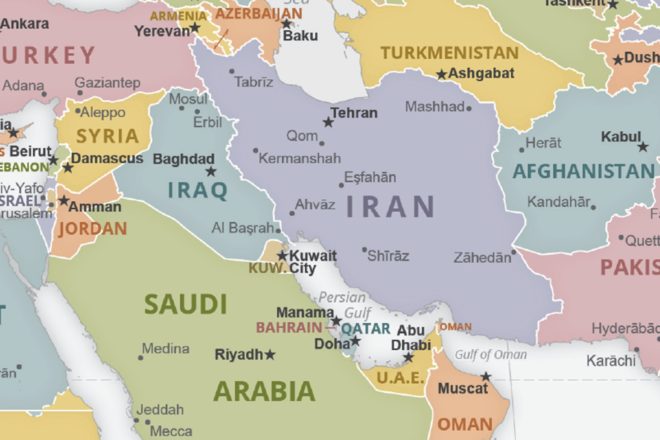 Map courtesy of the United States Institute of Peace.

The percentage of its GDP that Iran spent on its military.

Iran’s ranking in volume among petroleum-producer states, which amounts to 4.1 million barrels a day.

The number of women who won parliamentary seats in 2016, making it the first time that more women were elected than clerics.

The median age in Iran.

The percentage of the population that lives in urban areas.

The average life expectancy, which has grown by 20 years since 1980.

The percentage of the population that is literate – a remarkable climb from the 37 percent literacy rate of 1980.

The year when the country formerly known as Persia became Iran.