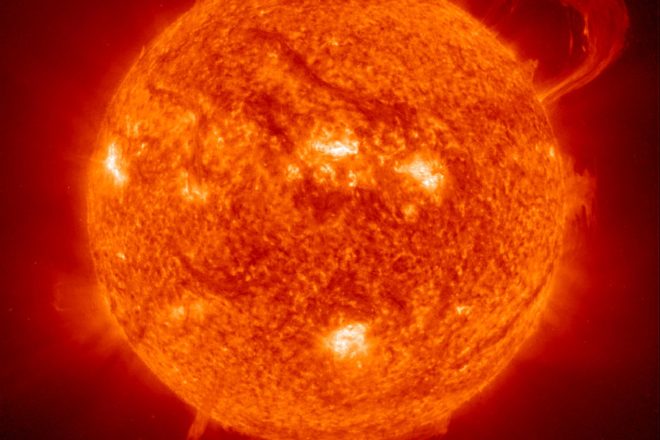 With frigid temperatures starting off the new year, let’s take a warming look at our sun.

The sun’s rotation period at its equator, in days.

The percentage of the sun made up of hydrogen. Helium makes up the remainder.

The sun’s surface temperature in Fahrenheit.

The sun’s equatorial radius in miles.

Speed in miles per hour of the solar wind, a stream of charged particles following from the sun in all directions.

The number of miles between the sun and earth.

The amount of hydrogen fuel, in tons, that the sun converts to helium and energy through nuclear fusion every second. The sun has burned through nearly half of its hydrogen fuel supply.

The sun’s age in years.