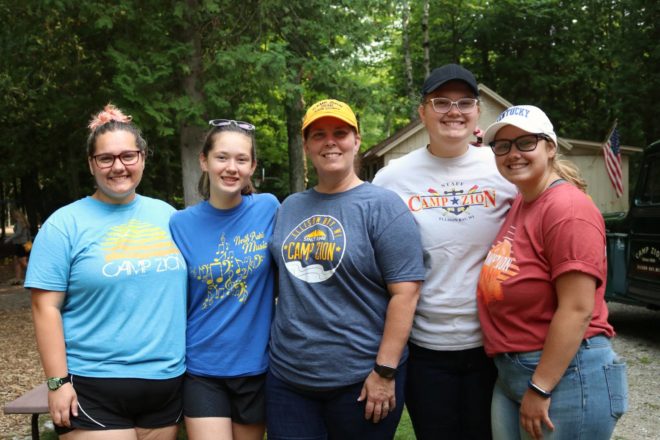 Camp Zion, a Christian summer camp in Ellison Bay, is celebrating its 75th anniversary in 2021, and during a July 3 anniversary celebration, a large number of past campers and community members attended the camp’s annual open-house breakfast.

Over the years, many volunteers have helped to build and maintain the facilities. Carl M. Carlson and various Weborg brothers donated time and equipment during the early days, and even now, the camp uses mostly volunteer staff – often former campers who have risen to a leadership role. Dale Stewart became the first full-time executive director in the late 1990s and moved with his family to Ellison Bay in 2000.

Camp Zion (campzion.com) is licensed by the state as a recreation/educational camp and is a charter member of the Christian Camp & Conference Association and its Wisconsin section.