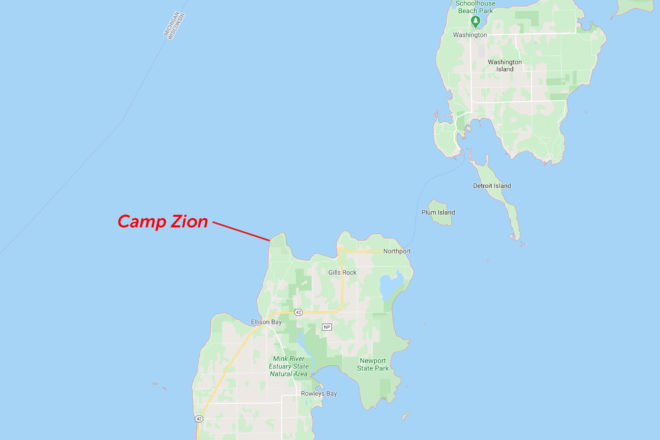 The operators of Camp Zion, a Christian retreat in Ellison Bay, have filed a complaint in federal court asking the court to decide where it may build an expanded dining room and conference center on the grounds.

On July 14, the Door County Zoning Board of Adjustment rejected a request for a variance and conditional use permit for the proposed 6,100-square-foot dining hall and gathering-space expansion. The camp owns about 31 acres of land near Door Bluff Headlands County Park in the Town of Liberty Grove.

“The present aging dining hall, completed in 1986, no longer adequately serves the camp’s growing capacity,” according to a press release from Mauck & Baker, the camp’s law firm. “Because mealtimes are an essential opportunity for campers to bond, fitting everyone together is important to the camp’s mission.”

The camp sought a variance to the zoning code’s setback requirements to build an ADA-accessible ramp and site the structure within the road setback.

Camp Zion has provided enrichment for children, adults and families since 1946. Its current 94-person dining facility was finished in 1986. In 2001, the camp began strategic planning for a future facility in response to the 1990 Americans with Disabilities Act, new building codes, growth nearing the camp’s maximum capacity and trends in camping and youth interest.