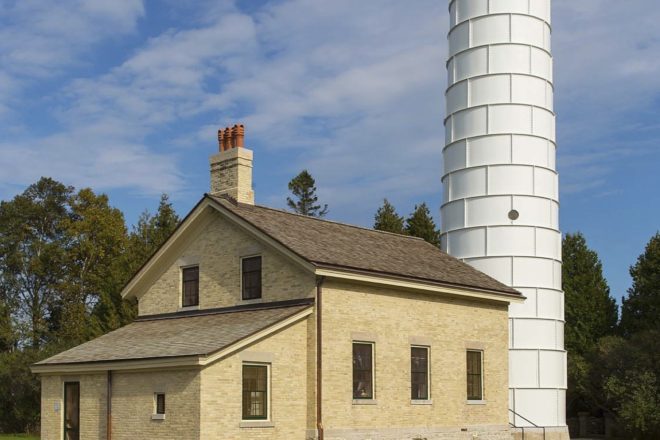 The Door County Board of supervisors got a brief history lesson on the county’s relationship with the Cana Island Lighthouse at its monthly meeting on May 24.

Paul explained that the lighthouse was built in 1883 to replace the Baileys Harbor range lights. During World War II it was used by the Coast Guard for training. In 1970 the Maritime Museum was given control of the island.

Thomas said that when he joined the county in June 1997, then-Parks Director George Pinney had an inkling that the whole island might be put up for disposition as surplus property because the Coast Guard no longer used it. The island was transferred to the Bureau of Land Management, but the museum had practical control of it. In 1998 the county board adopted a resolution giving permission to the parks director to obtain the island and lighthouse, and in October 2001 another resolution authorized the county’s acquisition of the island. 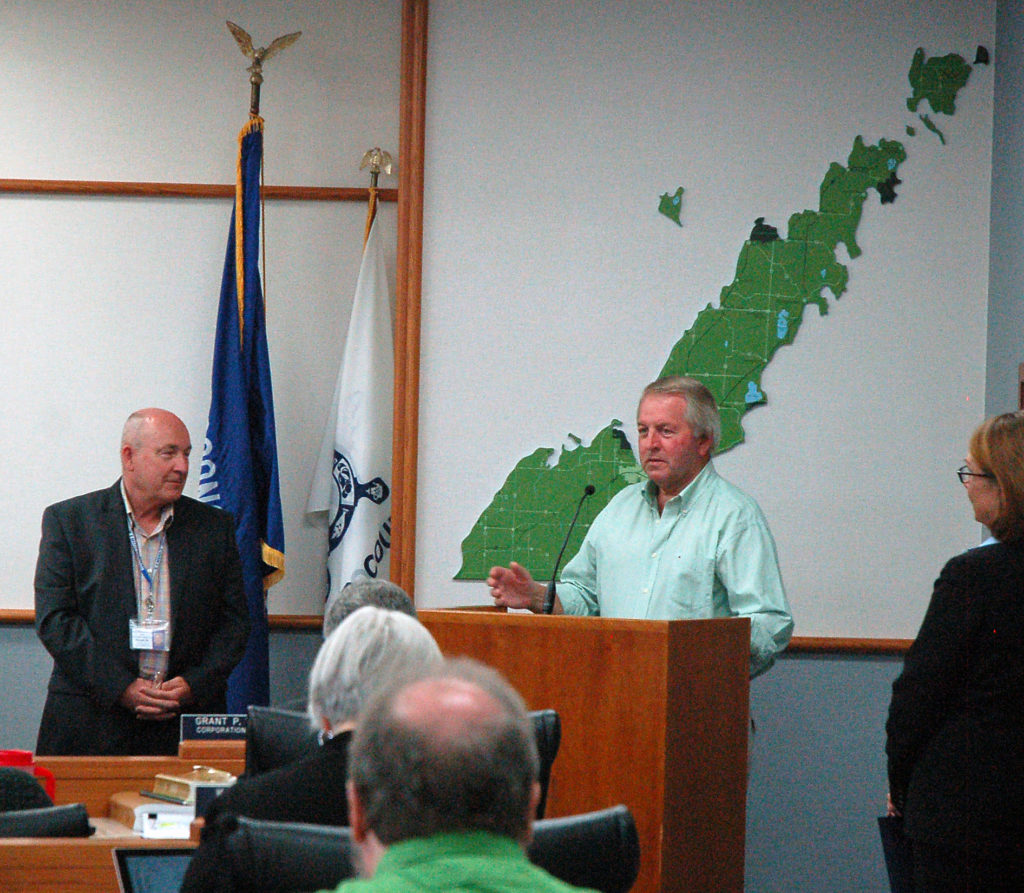 Former County Board Supervisor Leo Zipperer (center) was recognized at the May 24 county board meeting for his 28 years of service on the board. Looking on are county board chair Dave Lienau (left) and Linda Wait, who was elected in April to replace Zipperer. Photo by Jim Lundstrom.

But a group of property owners were against the acquisition, so for the next five years, Thomas said, “We litigated this case in every way you can imagine.”

As the new owner, in 2007 the county put out a request for proposals for an entity to run the island with three goals in mind – development, rehabilitation and operation. The Door County Maritime Museum put in the winning proposal that is good through Dec. 21, 2021.

“This is a unique and very good example of a public-private partnership,” Thomas said, adding that one of the most significant accomplishments of his tenure to date was getting legal possession of the island and giving stewardship to the museum.

“It’s safe to say they’ve done a wonderful job,” he said. He also thanked Baileys Harbor resident Roy Thilly, who lives next to the property and was instrumental in improving relations between landowners and the county.

Aleson outlined the ongoing restoration project that began in 2012. Phase 1 included replacing three pit toilets with a modern restroom facility and maintenance building ($300,000); land acquisition and parking lot construction ($1.5 million); research on a cultural landscape report to restore the gardens, trees, stone walls and an archway to the historic period of 1918-1939 ($10,000); and restoration of the entire exterior of the light tower and keeper’s dwelling ($984,000).

Three other supervisors were also recognized for their service, including Charles Brann, who was elected to the board two years after retiring as Door County sheriff in 2002; John Bur, who served a two-year term on the board and continues to serve as chair of the Town of Union; and Paul Kok, who filled in the remaining 11 months of former Supervisor Tim O’Connor.