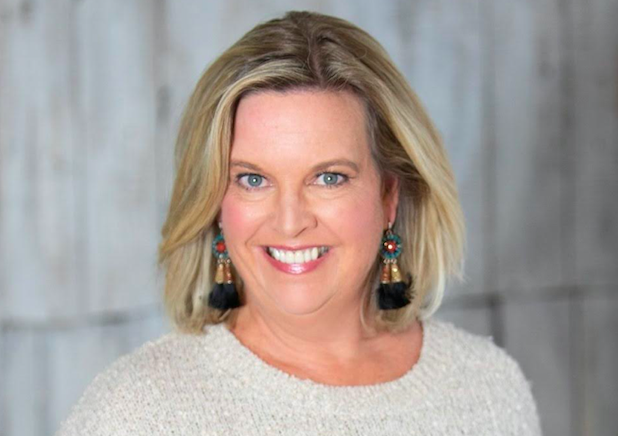 Podcaster, author and part-time Egg Harbor resident Amy Schmidt had what she described as a “stop in my tracks” moment one morning when her husband asked, “Hey, Mom, can you pick up the laundry today?” Caught off guard by this slip of the tongue, Schmidt remembered thinking, “Mom? What happened to Amy?”

As she cared for her aging parents, then grieved their passing and watched her three children grow up – all while approaching her 50th birthday – she struggled to articulate an identity that was distinct from the responsibilities of mother, daughter and wife.

“I knew things were changing, and we had to change with them,” she said. “I sat down with my husband and had a conversation about what I wanted to do and where I wanted to be in the future. It’s important to have those tough conversations – they end up propelling you forward.”

Schmidt also had conversations with female friends in similar situations, through which she discovered that so many of her peers were struggling with the same challenges that she was. Schmidt realized the stories she was hearing and experiencing were too important not to share.

She also realized that, far from being inexperienced as a result of her time away from the “workforce,” she had instead accumulated and learned from the manifold experiences that had come from being a mother, wife and daughter, as well as from media positions she had held during her 20s and 30s.

“When I google ‘midlife,’ I don’t want the next word to be ‘crisis,’” she said. “I want it to be ‘opportunity.’ We have so many things at our fingertips, and we can do whatever we want if we challenge ourselves and don’t get stuck in a negative narrative.”

It’s a collection of Schmidt’s personal experiences and other women’s stories. At the end of each chapter, she offers strategies for women to apply to their own lives to cultivate confidence.

“I want women to sit back and look at their lives and all they have accomplished – what I call the highlight reel,” Schmidt said. “Then, instead of comparing ourselves to the past, we can take these experiences and move forward with them.”

On her podcast, Schmidt ends almost every episode by asking her guest what she would tell her 30-year-old self.

“I would give 30-year-old Amy a big hug and tell her that it’s all going to be OK,” Schmidt said, answering her own question. “We don’t practice enough self love as women.”

Visit fearlesslyfacingfifty.com to find Schmidt’s podcast and other published work. Cannonball! Fearlessly Facing Midlife and Beyond is available at Novel Bay Booksellers in Sturgeon Bay and Kick Ash in Ellison Bay.