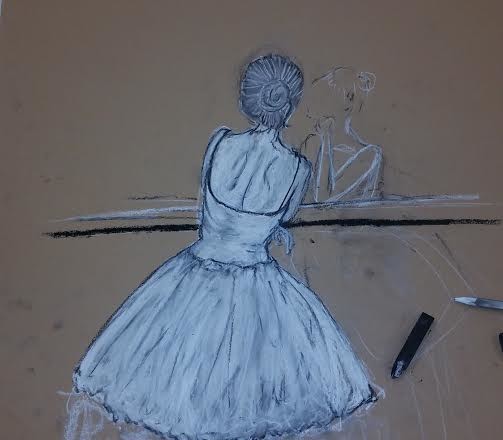 The Door Peninsula is undoubtedly one of the most popular areas in the Midwest for local and non-native artists to land, as evidenced by the number of new galleries that crop up year after year and the number of milestone anniversaries celebrated by those who have been mainstays here for years. 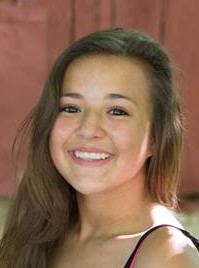 For each of these artists is a story of their beginnings and the common denominator of “just knowing” that art would be their path. Some relied on taking classes from the peninsula’s most popular pioneering artists – Gerhard Miller, Abe Cohn, Jens Jensen, to name a few – while others pursued a formal education at a college or university.

In a time when art programs at public schools are increasingly downsized as part of state budget cuts, taking the path toward an art career involves a lot more than “just knowing.” It involves persistence, talent and a great deal of support. Fortunately for Door County resident Cara Reisen, those three factors have been a regular part of her life growing up.

This year has been a big one for the Gibraltar senior, who was honored at the Sturgeon Bay Rotary Club’s Fine Arts Award Luncheon in May and sold nearly a dozen pieces of art as a featured student at the Door County Festival of Fine Arts in August. It was at these events that she received enough inquiries of her future in art that it began to place itself in her mind until this fall, when she was accepted into the Minneapolis College of Art and Design (MCAD).

“I had a lot of people asking if I wanted to go to art school and I kind of had it in the back of my mind,” Reisen said. “This was my number one art school of choice.” 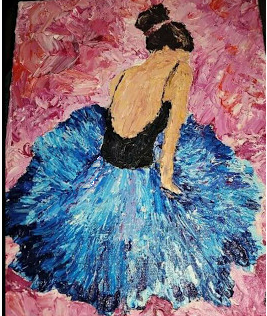 Along with admission to the school, she received a generous MCAD 2016-17 Visual Scholarship that will support her during each of her four years at the private art and design college. Reisen will pursue a bachelor’s degree in fine art with an emphasis on drawing and painting.

“I’ve always drawn and painted since I was little,” Reisen said. “My parents still have a bunch of my drawings and paintings from when I was little and it’s just been something that I’ve always enjoyed and has been my passion, so I’ve stuck with it.”

Today her main focus is on creating a style with her figure drawings and acrylic paintings, which comprise a large part of her portfolio.

“I feel like the human body is so unique and there are many different types of people to paint or draw, different body types that I like studying,” Reisen said. “I like choosing one thing to study and grow on, rather than going off and doing a bunch of things. Now, it’s the figures.

“I like doing something different, not expected,” she added.

For Reisen, that is accomplished by studying the works of surrealist and Renaissance artists, as well as Gustav Klimt, Pablo Picasso and her biggest inspiration, German Renaissance painter Albrecht Dürer, who was the focal point of her essay on her art inspiration.

“There is so much going on in his work,” Reisen said. “Every part of the canvas is covered and I really like that style.”

Reisen has managed to blend her influences to create simple but profound artwork – a sketch of a poised ballet dancer staring at her reflection, a vivid but downtrodden dancer of blue, black and pink, a bizarre Dia De Los Muertos-looking skeleton with a gas mask strapped around its skull, and the “Bright Eyes” drawing of a beautiful woman, her headscarf lined with gold leaf.

Despite the shading, shapes and colors composing these pieces, the statements are as simple and profound as their maker.

“I want people to see what I tried capturing without using words.”

Reisen is the daughter of Tom and Christy Reisen.