Prem Lama swears by it. “It’s just good for your health.” And the medicine only costs $24.99. For this low price, you can attend Landmark Resort’s Comedy Club Night on the second Thursday of every month, along with a buffet dinner. Hosted at Carrington Pub & Grill and emceed by Lama, the monthly event has been ongoing for more than a decade during the offseason in Door County.

Jeff Larson, director of marketing and sales at Landmark Resort, is happy to offer locals something to do after so many businesses shut down at the end of the summer. The event was specifically designed with locals in mind, during a time of the year when Door County has much less going on. Through Funny Business Agency, two professional comics are booked each month from Wisconsin and surrounding areas to come to Door County to perform at Carrington Pub. 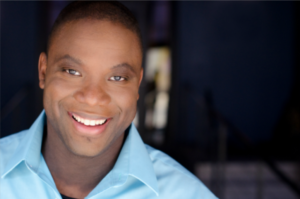 “We try to do PG, but most comics have a hard time with that,” Larson said with a smile. “But, it’s not too risqué or crazy.”

This month, audience members will have the pleasure of seeing two new comedians perform: Larry Reeb and Lance Richards. Reeb is known for “giving tips” about life from his comic persona, “Uncle Lar.” Larson is particularly excited for Richards, a black comedian, to do his set Nov. 9.

“It’s always funny because, of course, we’re so homogenous here. If they come in a day before and see Egg Harbor, they’ll be like ‘I noticed your diversity. Yes, you have young and old people here,’” Larson said.

If you do decide to come to the Comedy Club, make sure to get a reservation, as the event is known to draw upwards of 100 patrons. The buffet dinner starts at 6:30 pm and the comedy show begins at 8, though customers do have the option of only purchasing the dinner or the show for $18. Introducing the comics will be bartender Prem Lama, a role thrust on Lama a couple of years ago.

When their usual emcee stopped working at Landmark Resort, Lama was forced to step in and channel his inner comedian. It was a challenging feat and Lama said he suffered from stage fright at first.

“I’m not a comedian, I’m just someone who is standing up there,” Lama said. Over time Lama has gained confidence on stage, and even displays the self-deprecation familiar in any promising performer. “I do have a strategy when I go on stage. Most of the time, it doesn’t work. I just go up there, sometimes people relate, sometimes they don’t,” Lama said. 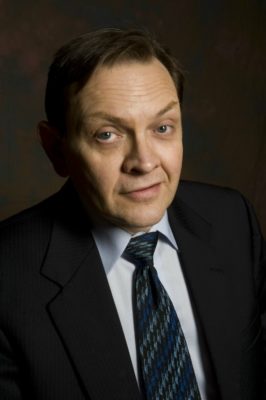 The truth is, Lama possesses the secret weapon of any successful emcee – he genuinely loves Landmark Resort’s Comedy Club Night, and his enthusiasm is palpable. He talks glowingly of the opportunity the Comedy Club offers for an out-of-the-norm night.

“I know life can be busy, but when you can join us, this is truly worthwhile, ” he said. Lama has watched bonds form between audience members over the course of one night. “I’ve seen people laugh from beginning to end. The energy is always so positive.”

Judging from the amount of returning customers each month (and the need for a reservation), it would appear Lama is reading the audience right. Carrington Pub also hosts karaoke nights, open mics, and some live bands, but Larson admits Comedy Club is a special offering from Landmark Resort.

“There’s not a whole lot of comedy in the area, so it’s something different,” Larson said.

The only advice Larson has is, you might want to pick a seat out of the sightline of the performer, as you could find yourself the target of the comic’s set. “Most comics, it’s just one of their things. They’ll pick out someone from the crowd and go after them.” Regular patrons have figured out where to sit, so it is often newcomers who find themselves on the receiving end of the comic’s routine. But, of course, it is all in good fun.

Whatever your inclinations, you are sure to have a good night every second Thursday of the month if you attend the Landmark’s Comedy Club Night. It is an event that features two professional comedians, dinner and drinks, and a large crowd to enjoy it all with. What more could you really ask for?