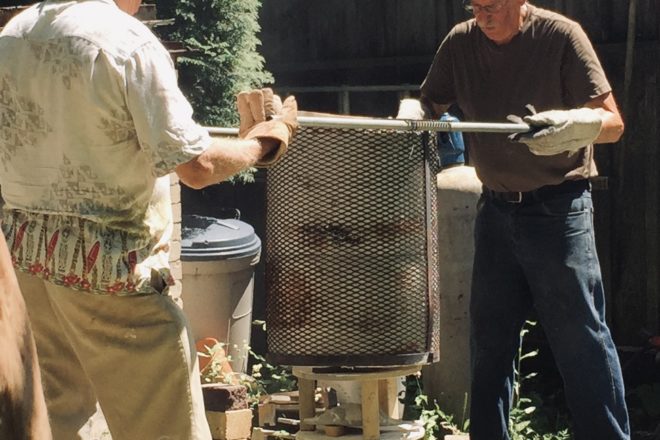 New raku fish are swimming on Ellison Bay Pottery’s walls, straight from their recent raku firing. Potter John Dietrich fires his raku fish only three times a year, and this summer marks his first firing since 2021.

The fish start life as a vase that’s cut into two pieces once it’s leather hard. Then Dietrich alters the half vase with fins and other details. After the first firing, he glazes the fish with a raku glaze.