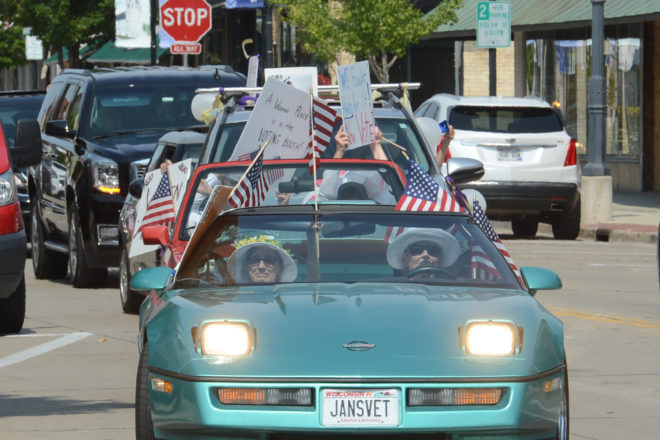 The 100th anniversary of women winning the right to vote was celebrated Aug. 26 with a car parade through downtown Sturgeon Bay that ended at Martin Park for a reading of the 19th Amendment to the U.S. Constitution. People from throughout the county joined the festivities by decorating their cars, ringing bells and honking horns. About two dozen cars and more than 50 people who were practicing social distancing participated. Many of the attendees remained in their cars during the gathering at the park.

Women wore white attire and large hats to commemorate the 70-year campaign waged by suffragettes to secure the state ratification of the amendment that prohibits states and the federal government from denying the right to vote to U.S. citizens on the basis of sex. The amendment was adopted Aug. 26, 1920.

Pat Scieszinski, who is chair of the League of Women Voters of Door County, and her granddaughter led the amendment reading.