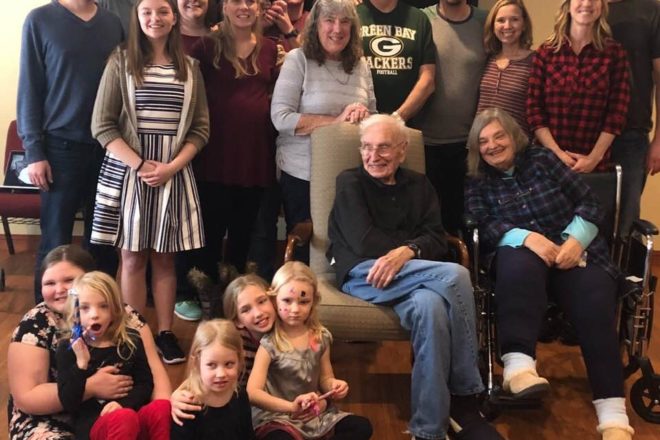 Vince Sherrick celebrated his 100th birthday with his entire family – two daughters, four grandsons and eight great-grandchildren – at Anna’s Healthcare in Sturgeon Bay on Feb. 4. Sherrick is a veteran of World War II, having served aboard the aircraft carrier USS Bataan in the Pacific. The Brooklyn native has been coming to Door County since 1955, and in 1961, he bought a log cabin on Glidden Drive – one of the first homes built there. He added an addition and retired there more than 35 years ago. Family came from as far away as California to celebrate the special event. Submitted photo.