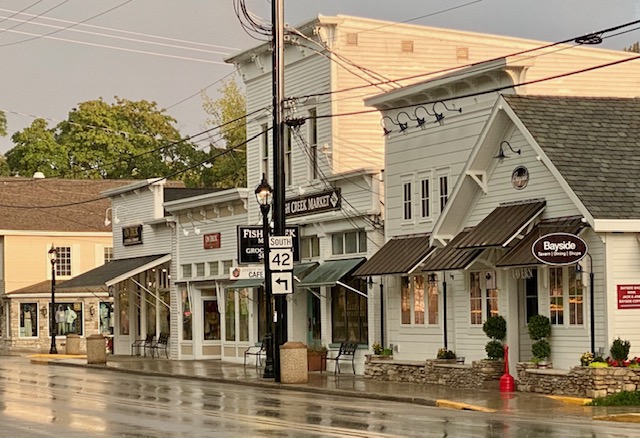 The remodeling of the Bayside Tavern in Fish Creek returned it to its look from an earlier time.

The Gibraltar Historical Association and Bayside Tavern will celebrate the recent alterations to the well-known establishment on Fish Creek’s Main Street during an event Sept. 28, 2-4 pm, in Fish Creek’s Noble Square.

During the festivities, check out Model A’s from the local Cherryland A’s group; listen to 78-rpm shellac vinyl albums played by DJ David Watkins; see historical images of the Bayside building; share stories and reminiscences; and perhaps expect a few surprises. Take a lawn chair or blanket, your Bayside memories and stories to share, as well as mementos and photos from the past.

The Bayside building was once a schoolhouse headed for demolition when it was moved along Main Street to its current location and became an ice cream and soda parlor. It grew with the addition of a pool room in the back – and was written about in the newspaper more than once for the questionable activities that went on there.

In June of 1934, it received its first Class B liquor license under the ownership of William Pelke, officially became Bill’s Tavern and has been generating good times and memorable stories for locals and visitors ever since.