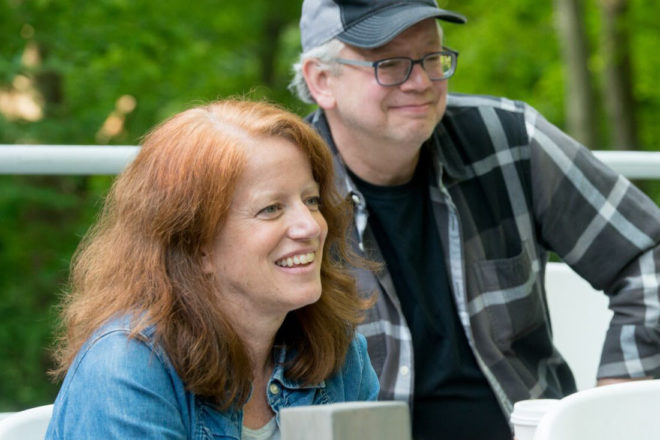 After four and a half years with Door Shakespeare, Michael Stebbins stepped down from his position as producing artistic director, effective May 31. Stebbins had intended to resign at the end of the year, but that plan was accelerated because of an injury that prevented him from being on-site with the theater this summer.

Prior to joining Door Shakespeare in 2017, Stebbins, a Kenosha native, spent eight years as Rep Stage’s producing artistic director in Columbia, Maryland. Prior to that, he worked with theaters ranging from the Tony Award–winning Berkeley Rep in California to off-Broadway’s Mint Theater Company. He returned to Wisconsin in 2014 and appeared in productions with Milwaukee’s Theatre Gigante, Milwaukee Chamber Theatre, Skylight Music Theatre and Optimist Theatre. For Door Shakespeare, Stebbins has acted in and/or directed productions and readings, both live and virtual.

“I have enjoyed my tenure with Door Shakespeare, and am more than grateful for the opportunities that were offered me,” Stebbins said.

Amy Ensign will step in to guide the upcoming season and has been appointed acting artistic director. Ensign has been Door Shakespeare’s managing director since 2018. She has more than 30 years of experience in theater, instructional design, retail sales, training and marketing.