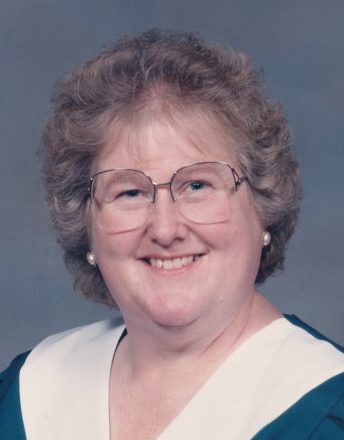 Charlene (Appel) Rice, 73, died peacefully at her home near Sister Bay after multiple long, serious illnesses with family nearby.

She was born in Sturgeon Bay, the daughter of the late Benjamin and Clara (Pratt) Appel. As a child, she experienced all the hard work and fun times of growing up on a farm. She attended First Baptist Church and accepted the Lord as her Savior at the age of nine.

Charlene attended Appleport Grade School and graduated with honors from Gibraltar High School in 1963. She attended University of Wisconsin – Stout, where she was in Inter-Varsity Christian Fellowship. She graduated in 1967 with a major in home economics.

The next chapter of Charlene’s life began with teaching at Elkhorn [Wisconsin] Middle School for 10 years. During that time, she made many dear friends, especially people from a newly established church in Elkhorn. Pastor Richard Eckman persuaded her to leave the public school system to teach at East Delavan Baptist Academy, which she did for the next six years.

Charlene had a desire to live closer to her father, whose health was failing, so she accepted an opening at Bay City Baptist Academy, where she taught for the next 13 years. She was much loved by her many students, some of whom went on to become pastors and other Christian workers.

In 1996, she married Grant Rice, a missionary church planter, whom she had met years prior in Elkhorn. She retired from teaching, and they eventually moved to her childhood home. For 11 years before his death, they traveled throughout the United States, visiting and encouraging many churches. She had fond memories of places she had visited and people she had met.

After Grant’s death, she began researching her family history and community and self-published many books, including Northern Door County’s Appleport School. She was a member of the Sister Bay Historical Society and, in recent years, a member of First Baptist Church in Sister Bay.

Charlene was proud to have taught Reggie White’s children and nieces and nephews during her teaching career. She also enjoyed watching sports such as NASCAR, football, baseball and basketball. She loved to listen to country western and Christian music.

Charlene was a generous, caring Christian woman of strong and joyous faith – a faith that she loved to share with everyone she met. Though she faced death so many times in the past 10 years, she remained cheerful, courageous and unafraid of death.

In addition to her parents, Charlene was preceded in death by her husband, Grant; sister, Diane (Bill) Anderson; and nephew, Lee Erickson.

Charlene’s life will be celebrated at 11 am on Saturday, Feb. 23, at First Baptist Church in Sister Bay. She was laid to rest near her parents and husband in Little Sister Cemetery.

The public is welcome to gather at the church beginning at 10 am until the time of the funeral service.

Casperson Funeral Home of Sister Bay is assisting Charlene’s family. Expressions of sympathy, memories and photos of Charlene can be shared through her tribute page at caspersonfuneralhome.com.