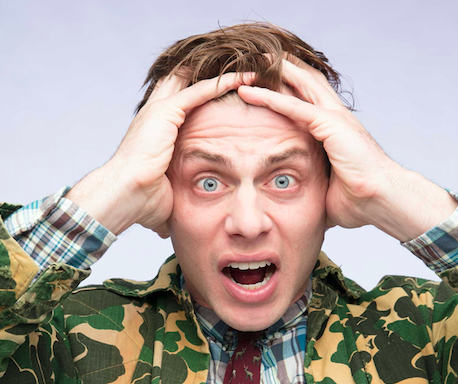 A comedian, actor and Emmy-winning journalist, Berens is a dynamic talent in the American comedy world. He’s the creator and star of Manitowoc Minute, a viral online video series that lampoons the Wisconsin culture that he knows and loves. He’s also regularly featured on Funny or Die, and his comedic mashups have garnered more than 13 million views.

The Special Consensus – a modern classic bluegrass band led by Greg Cahill – will open for Berens. The group has earned five IBMA awards and two Grammy nominations, including one in 2019. Tickets range from $28 to $48, and advance reservations are recommended.

DCA performances will continue Oct. 25, 7 pm, when Chicago’s Grammy-winning ensemble Third Coast Percussion will present its acclaimed production Paddle to the Sea, in addition to offering matinees for Door County students Oct. 23 and 24.

Focused on the classic children’s book and Academy Award-nominated film of the same name, Paddle to the Sea explores our relationship to bodies of water that connect our lives. Third Coast Percussion composed a new score to be performed live with the film, which tells the story of a Native Canadian boy who carves a wooden figure called Paddle-to-the-Sea and sets him on a journey through all five Great Lakes and the St. Lawrence River on his way to the Atlantic Ocean. Tickets range from $25 to $48.