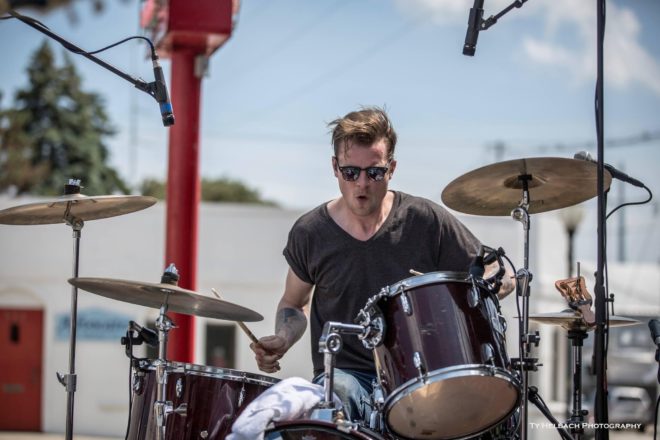 Vanessa McGowan (VM): What first got you into music?

Marcus Trana (MT): I started a band in fourth grade with my best friends before even knowing how to play an instrument. [We] sucked at sports, so we needed a way to get the girls’ attention! My father played a little guitar, so he taught me my first chords and songs. Lots of Stones and Beatles.

VM: How would you describe the music that you typically create?

MT: My solo projects are very different from each other. I come from an eclectic background, and I can’t seem to settle on just one genre. I write under three different monikers right now. I also cowrite a lot, and I’m currently writing with an English artist in Brighton while coproducing and cowriting Eric Hagen’s EP.

VM: If you could open a show for any artist, who would it be?

VM: When you’re not making music, what’s your day job?

MT: I have a couple of side hustles now during the pandemic, but I’m about to start construction on a new studio, and as soon as it’s safe, I’ll be moving into [being a] full-time musician/studio owner.

VM: What have you missed the most with the lack of gigs in 2020?

VM: What exciting projects do you have on the horizon?

MT: I’m working with an up-and-coming artist, Eric Hagen, and we’re releasing an EP [Cross Roads Hotel] in April. I’m also about to start construction on my own recording studio [Green House Studio] on our property in the Steel Bridge Creative District in downtown Sturgeon Bay. I will be offering cheap studio time, along with lodging in our Airbnb and live concerts with artists from all over – even Norway.