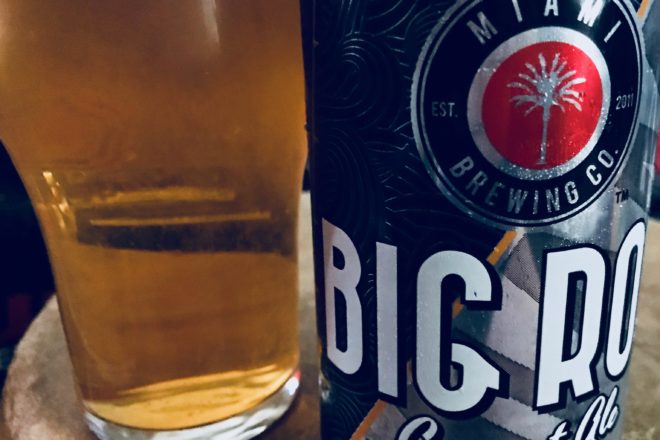 A friend who lives in Florida gifted me with a can of Big Rod Coconut Ale, a blonde ale from the Miami Brewing Co.

It pours with a persistent, white head that leaves sheafs of lacing with each sip. There’s no coconut aroma that I can discern, but there is a rich, toasted-coconut flavor to this soft blonde, 5.3 percent ale.

I think I prefer coconut in a dark beer with chocolate notes because here in a blonde ale, the coconut swaggers through like it owns the place, right down to the finish, and even more so once it warms up a little. In short, it confuses my palate.

Not to say this is a bad beer, but it’s not doing it for me.

Having a one-track mind and thinking everything ultimately relates to The Wizard of Oz (anyone remember Zardoz?), I naturally think the Dorothy in the title refers to Dorothy Gale, keeper of the ruby slippers. But no, it refers instead to the founder’s grandmother. OK.

Being unfiltered, it pours a hazy gold with a respectable, white head. The taste is the very definition of beer. This is a very easy-drinking lager. Bready maltiness with a grassy, herbal hop nudge. Is that a hint of saltiness at the finish?

This is a simple yet complex lager. You can simply drink and enjoy, or lose yourself in its subtleties.