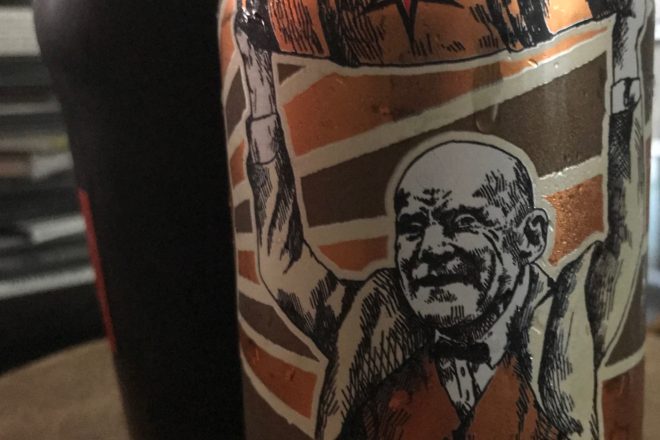 I have to wonder what five-time presidential candidate Eugene V. Debs would make of his visage on Chicago-based Revolution Brewing’s Eugene Robust Porter. Long before Bernie Sanders, Debs was America’s best-known socialist.

He ran for president as a socialist five times, the last time in 1920 from federal prison, where he was doing 10 years for allegedly speaking out against World War I and thereby violating the 1917 Espionage Act. Federal prisoner #9653 received nearly a million votes.

In a 1903 speech, Debs said, “The workers of the world, mainly through organized effort, are becoming conscious of their interests as a class, totally regardless of color, creed or sex, and in time they will unite and act together upon a common basis of equality in spite of ‘the world, the flesh and the devil’ and the Manufacturers’ Association.”

As the leader of the Socialist Party in 1905, Debs was a co-founder of the International Workers of the World (IWW), which had a platform similar to Debs’ statement above. He eventually withdrew his support for the IWW, but I mention the connection because I found this beer while I was reading Dean Strang’s fascinating new book on the 1918 trial in Chicago of a large group of IWW members called Keep the Wretches in Order: America’s Biggest Mass Trial, the Rise of the Justice Department, and the Fall of the IWW. It seemed fitting to continue reading while sipping a Eugene Porter.

And it’s a delicious, dark, 6.8 percent beer. The Revolution website doesn’t give up too much information about what’s in the beer except to say that it uses “an assortment of Belgian specialty malts.” Malty and chocolatey notes compete for attention immediately. It’s at once a big, full-flavor beer, yet light on the palate and very easy drinking.

Still, I have to wonder what Eugene Debs would think about being a symbol of a capitalist enterprise, knowing that he once said, “Wherever capitalism appears, in pursuit of its mission of exploitation, there will Socialism, fertilized by misery, watered by tears and vitalized by agitation be also found, unfurling its class-struggle banner and proclaiming its mission of emancipation.”

But, then, he also once wrote in a newspaper article, “The most heroic word in all languages is revolution.”