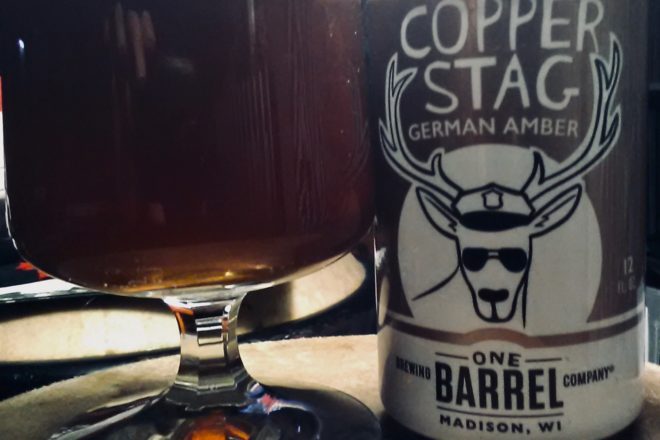 The colorful six-pack container and colorful cans inside looked like they might be another iteration of IPA, but upon a closer look, I learn that Da Shootz! is a new American pilsner from Deschutes Brewery of Bend, Oregon.

Well, several American pilsners have let me down in the past, so I had to try this one. It pours a hazy, carbonated gold with a high, white head, looking just like an inviting pilsner should. The aroma is the very essence of beer.

The tagline on the packaging is “wildly refreshing,” and I wholeheartedly concur. This is a good, solid, yet lighthearted pils that weighs in at 4 percent and a mere 25 IBU using Tettnang, Lemondrop and Azacca hops.

When you brew a pilsner, there’s nothing to hide behind.

The best pilsners – made in the Czech Republic – are redolent with malt. American brewers seem to be shy of malts when making pilsners, but here I think it was purposeful. I think Deschutes was trying to make a delicious light beer, and I believe it has succeeded.

I followed the American pils with a German amber called Copper Stag. It’s an offering from the soon-to-open taproom – the second location of Madison’s One Barrel Brewing – in my village of 200.

I don’t know what a German amber is, but what my eyes first saw instead of the word “amber” was “altbier,” which is an amberish beer style from Düsseldorf. Altbier, like kolsch from Cologne, is an ale brewed at colder lager temperatures.

I don’t know whether Copper Stag is actually an alt, but I’m going to proceed as if it is.

What I can say for certain is that it’s a delicious beer, rich in malt hardiness, yet with a slightly bitter finish. It is a beautiful, amber-colored beer with a rich and persistent white head.

Yes, this is a yummy beer. I think I’ll have one at this weekend’s soft opening of the Egg Harbor taproom.