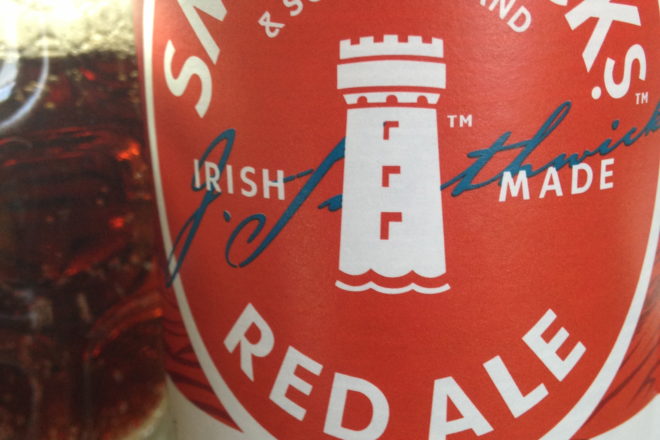 A question I’m often asked is what is your go-to beer? It’s always a complicated answer because there is never just one, until, perhaps, now.

Just a few weeks ago I mentioned my reintroduction to red beers after turning away from them some time ago. Shortly after that happy encounter with an amber lager, I walked into my local beer emporium and saw for the first time Smithwick’s Red Ale. I snatched a sixer and tucked it away in the magic fridge.

Upon arriving home from work on Friday, parched and feeling the onset of a virus, I cracked open a Red Ale, watched the beautiful beer pour into the glass, took a big, revitalizing whiff of its beeriness, dove in head first and surfaced brimming with love for my newfound friend. It seemed to me like a beautifully buttered piece of dark toast in liquid form.

This is how much I liked this 4.5 percent Irish red. Normally a six-pack can last a long time around here. I’ll sample one and move on to something else. I had three Smithwick’s Red Ales in succession during that Friday night session.

Well, I should add I was trying to lick that virus and I’ve always had luck by ingesting vast quantities of beer to wash the evil influence out of the system. Three bottles is not exactly a vast quantity, but it was unusual enough for me to do a doubletake when I noticed the three empty Red Ale bottles Saturday morning. And the virus seemed to have been held at bay, just hanging on at the edges.

Red Ale is incredibly quaffable, with a beautiful balance of the roasty-toasty caramel malt sweetness that make it a red. The hops provide just a subtle nip at the end to let you know they are there.

This is, for me, the ultimate session ale.

Yes, this Red Ale could very well become my go-to beer, the reliable constant always in the magic fridge.

If you want to ask for it somewhere, be sure not to pronounce it as it looks. Some sources say the proper pronunciation is Smith-icks, but I’ve always heard it pronounced Smiddicks, or maybe Smitticks, but never Smith-Wicks. 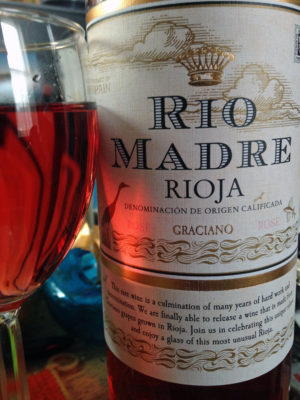 And how about one more red? If you like rose wine, let me suggest a full-bodied Spanish rose from a single grape, Graciano. It’s typically used as a blending grape. Heavenly berry-floral aroma. Deep color. Lots of juicy flavor. 13.5 percent. It’s called Rio Madre Rioja. Yum!