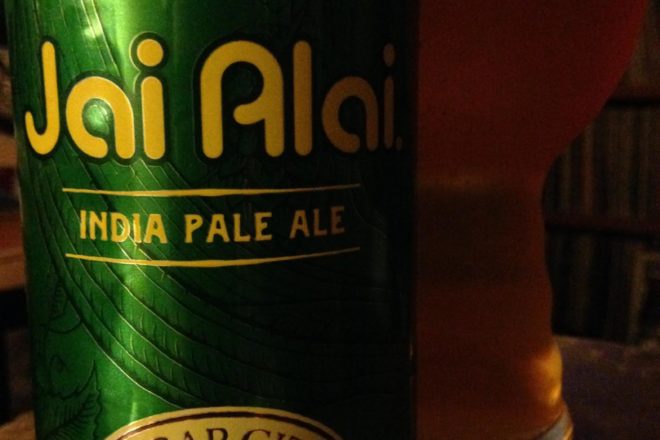 Here’s the finish to the trio of beers I was gifted with that began with the chocolate peanut butter porter from DuClaw Brewing. Beer No. 2 comes from Tampa, Fla., Jai Alai Pale Ale from Cigar City Brewing.

So, yeah, bless my wicker basket (my only jai alai joke!).

The lovely sunset orange glow of this beer in the glass, and then the indistinguishably fruity aroma, made me dive in without prejudice.

Noting that this is a 7.5 percent IPA, I steel myself to be hop slapped silly by a swaggering IPA in a very attractive can that makes my eyeballs happy.

But it doesn’t come. Instead of the intense hoppiness I expected, there are soft tropical fruit flavors woven into an easy-drinking beer.

Look closely at the can and see that the brewery declares this to be a “bold and approachable” IPA. Ya, sure, I thought. That’s what they all say. The “bold” part is self-explanatory, but when you get to “approachable,” well, that seems open to interpretation.

Bold and approachable is a good description. There is an undeniable hop citrusy quality, but it rides high atop a caramel malt base. It’s a pretty tasty beer, and it suddenly became available here in Door County.

Finally, I reach into the magic fridge to the final can of the trinity of brews bestowed on me by Dick Van de Ven of Ephraim.

I take a quick peek at the can – “American wheat ale.” I lovingly poured it into a tall glass that could take the big-bubbled white head that I knew would build on top with the pour.

I was right about that, for I stood there with a deep golden ale topped with a head of white foam that looked substantial enough to traverse on foot if you were of the appropriate scale.

In short, it looked lovely in the glass. I lifted it to my lips, briefly catching a piney smell that I thought must be mistaken, and drank deeply from an “American wheat ale.”

Where the hell did that hoppy punch in the palate come from in a wheat ale, which is notoriously hop absent?

All I saw on the can’s label was “American wheat ale.”

Oh! I turn the can just a bit and see that it is actually a “hoppy American wheat ale.” 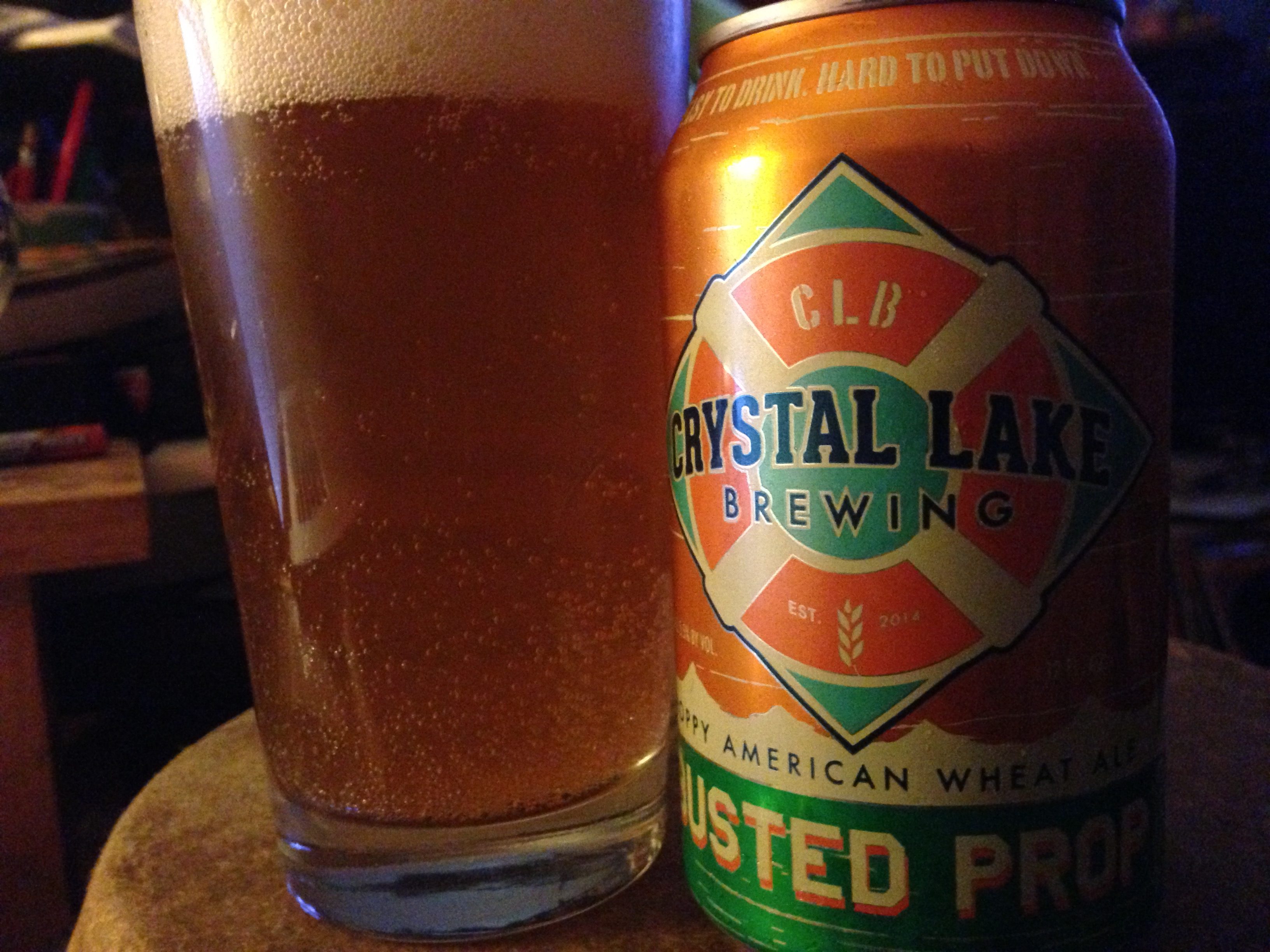 I don’t know what to make of this weirdo wheat. I love a great wheat beer for its sweet flavors. Here, with Busted Prop Hoppy American Wheat Ale from Crystal Lake Brewing of the Illinois municipality of the same name, that trademark wheatiness is sort of elbowed out of the way for a hop bite, but then resurfaces, and falls back again.

“Easy to drink, hard to put down,” the legend at the top of the can reads. I will not argue with that. It’s a juicy seducer.

Yes, that’s it, a very juicy seducer. I like it.