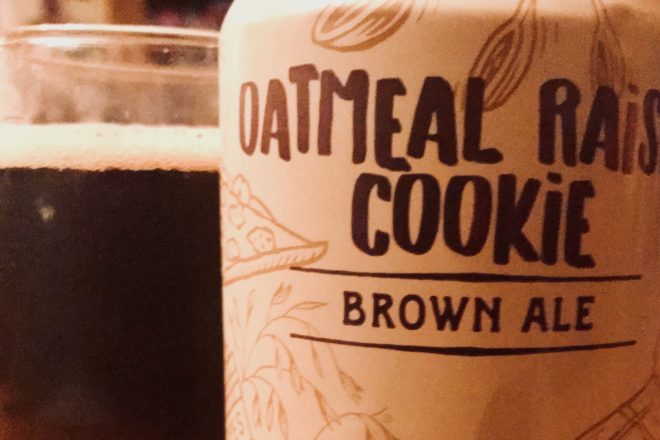 Every time I try a different beer from Cigar City Brewing of Tampa, Florida, I grow more impressed with its ability to capture flavors in a beer.

Mostly recently I had Cigar City’s Oatmeal Raisin Cookie Brown Ale, and it blew me away. Not only did it taste just like a liquid version of said cookie, but I could actually taste the juicy raisins. Cinnamon rides atop this amazing liquid. Lactose – or milk sugar – gives it all a soft feel going down.

You might think the sweetness of an oatmeal raisin cookie would not mesh with a brown ale, but you would be wrong. It might also mean that the entire pastry stout movement passed you by. This is the best example of that nonstyle style that I have seen.

Here’s the brewery’s explanation for this strange and beautiful beer: “The genesis of the beer you’re holding in your hand was pretty simple. We asked ourselves, ‘What if a beer tasted like an oatmeal raisin cookie?’ The answer to our rhetorical question was to add raisins, lactose and cinnamon to Maduro, our English-style brown ale, a beer that showcases flavors of caramel, toffee and chocolate. The combination of the base beer and the additional ingredients resulted in a beer that tastes like it was baked in Grandma’s oven.”

I followed that lovely beer with Irish Blessing, a stout brewed with coffee and aged on Tullamore Dew Irish whiskey-soaked oak chips. This is a big, bold, 6.2 percent Irish-style stout from Boulder Beer Company, which claims to be Colorado’s first craft brewery, operating since 1979.

Although coffee is dominant in this rich stout, dark chocolate is also evident. But the whiskey and wood flavor escaped me. No matter. It’s still a decadent treat.