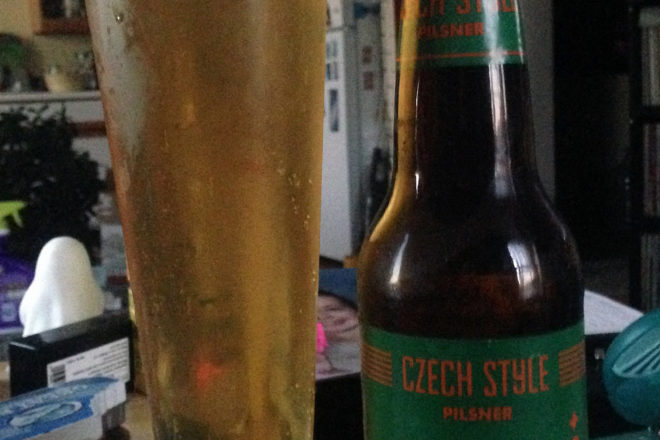 We interrupt the regularly scheduled beer column for this important announcement:

The 5th generation owner of a venerable Pennsylvania brewery recently came out with an endorsement for a presidential candidate when that candidate stopped by for a brewery tour.

Dear brewers: Please keep your politics to yourselves. Once you reveal your political bent, whatever it is, you have forever contaminated your beer with the awful stench of politics. And that’s why a Yuengling will never again pass my lips.

Now we return to the regularly scheduled beer column:

At work the other day I got it in my head that a nice, clean, fresh beer would be good when I got home. But when I got to the wall of beer, nothing was doing it for me. I even walked past the domestics and Canadian beers thinking, maybe, but, no, I wasn’t willing to go there.

And then I saw it. Czech-Style Pilsner from Potosi Brewing. Yup. There it is. Can’t pass up a pilsner that aims to follow in the footsteps of the Czech style.

However, as I might have mentioned in the past, I have extremely high standards when it comes to pilsner. I have had Czech pilsner fresh out of the tanks in the Czech Republic and it is one of the treasures on this Earth – soft, spicy, satisfying. If beer were royalty, I’d be tempted to crown Czech pilsner the true king of beers (there is another story there, too).

While a Czech pilsner is nothing but water, malt, yeast and the noble Saaz hops, somehow Americans are unable to replicate the complex subtleties of a great Czech pilsner. Or, I should say, I have not yet found one that is able to do so, Potosi included. 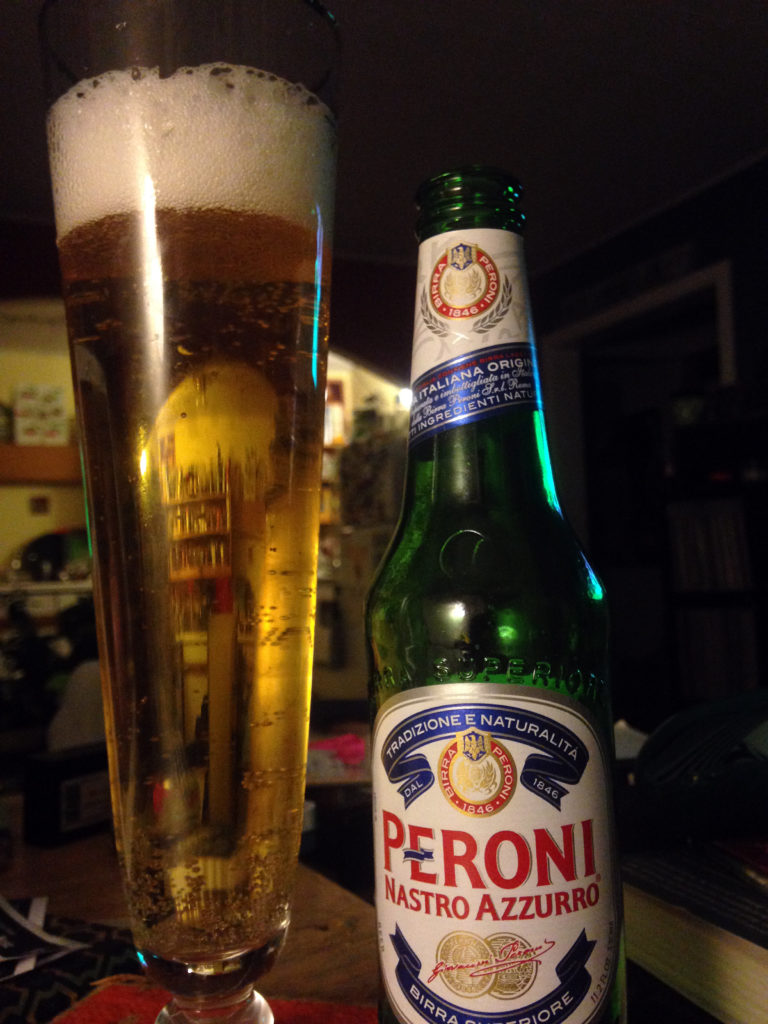 Still with a craving for something lighter, I reach into the recently restocked magic fridge (thanks, Ryan!), and pull out a Peroni Nastro Azzurro.

In English that means Peroni Blue Ribbon, or Italian PBR.

Except that it has a little more style and class than PBR. After all, this is “Birra Superiore.”

I’ve always enjoyed the sweetness of this Italian lager. I’m guessing its sweet essence is from the corn in the grain bill. I have no problem with corn in beer. I’ve not seen a single American pre-Prohibition lager recipe without corn, and I’ve never met a pre-Pro lager I didn’t love. This is very much in that tradition, but with Italian flair.

I’m going to have another with a bowl of homemade chop suey. Salute!