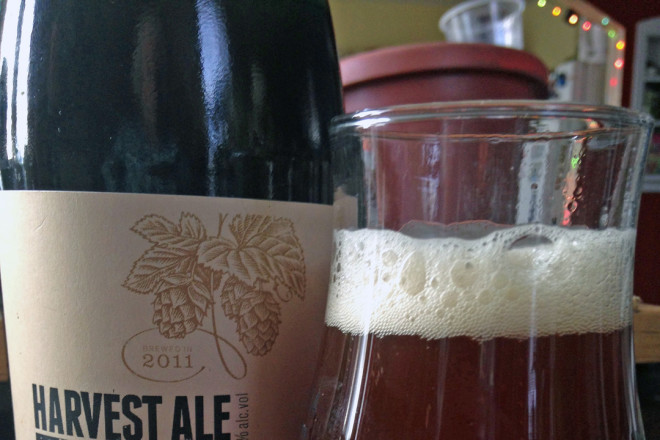 If you ever get up to Duluth, Minn., as I did recently, I highly recommend a stop at Fitger’s Brewhouse for a beer and bite to eat. The place was bustling when I hit it on a chilly, gray afternoon at the tail end of December and was shown into a nice little nook for two.

I started things off with a Witchtree ESB. ESB stands for Extra Special Bitter, an English-style ale that has nothing to do with bitterness. In fact this ESB was nice and caramelly.

Next was a glance at the brewhouse’s interesting menu. My first thought was to go for the locally caught whitefish, but then I saw something I’d never seen before – Minnesota wild rice burgers. The brewhouse offers three styles – classic topped with alfalfa sprouts and cheddar cheese, pub style with sautéed onions and Swiss cheese, and “Gale Force” with bleu cheese and jalapenos. I went with the classic and my vegetarian friend chose the Gale Force.

Well, I don’t get to Duluth often enough, so I am going to have to learn how to make my own wild rice burger because it was delicious, and it went very well with my ESB. For dessert I almost went for a pint of Apricot Wheat, but then learned they had a barleywine on tap as their winter warmer, so enjoyed a glass of 10 percent Old Redbeard Barleywine. I’ll catch that Apricot Wheat next time in the hilly old city. 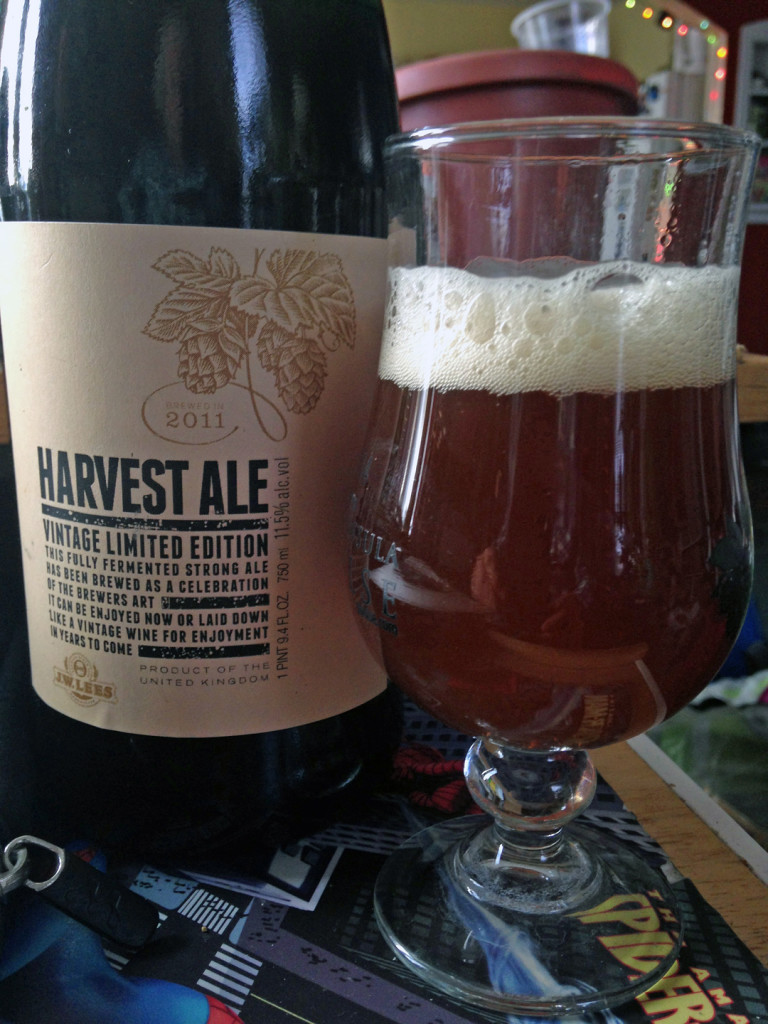 A big thanks to Sam Northrop of Main Street Market in beautiful downtown Egg Harbor for his Christmas gift of a big bottle of 2011 vintage J.W. Lees’ Harvest Ale. I was tempted to let it sit for a while, but, then, geez, it’s already four years old and I heard it calling my name…“Drink me! Drink me now!”

I had meant to be magnanimous and share it with an old pal when I made a recent visit to Duluth, but he apparently has lost his taste for anything but pilsners and cocktails, so I was forced to drink it by myself. What a wonderful chore that was!

This is a big, malty, lip-smacking 11.5 percent barleywine. Barleywine has its own unique flavor that is indescribable, but you know it when you’ve had it.

If you are looking for a celebratory bottle of beer, look no further.

Ahnapee Brewery in beautiful downtown Algoma is hosting a series of beery events featuring five-gallon pins of beer from other area brewers. Each Saturday from Feb. 6 through March 12, Ahnapee will feature the work of a different brewery, beginning with Titletown Brewing. On Feb. 13, Stillmank Brewing is featured, followed by Starboard Brewing on Feb. 20, Door County Brewing on Feb. 27, Badger State Brewing on March 5, and ending on March 12 with Hinterland Brewing. The pouring begins at 2 pm.

If you are looking for something to do before then, Ahnapee will begin serving its own Eisbock at noon on Jan. 16 at its two-stall taproom. See you there!