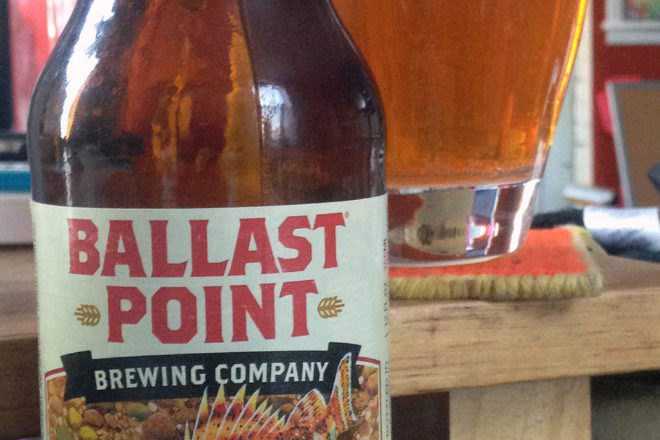 You gotta love it when someone gives you a beer and says “You’re gonna hate it.”

Such was the case when Sam Northrop, beer expert at my local beer emporium, recently passed me a bottle of Habanero Sculpin from Ballast Point Brewing of San Diego. He said the Habanero peppers overpower the beer, which is understandable. In Scoville heat units, the Habanero weighs in at between 100,000 – 350,000, or anywhere from 12 to 140 times hotter than a Jalapeño. So the Habanero is one hot pepper. 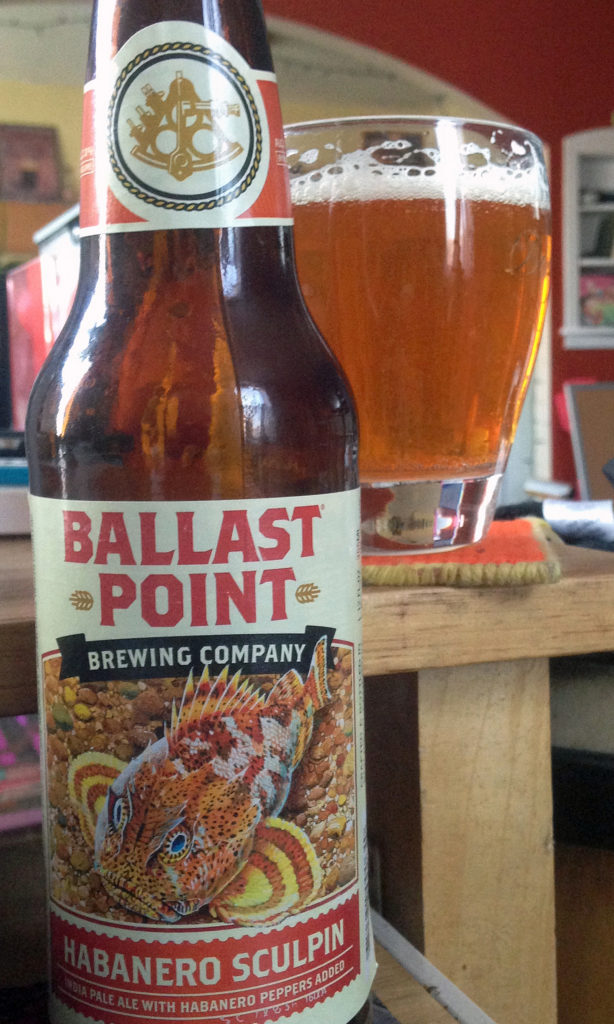 Overcoming my personal code of beer conduct that prevents me from drinking beer with fish on the label (and this particular label features a very ugly puffed up fish), I cracked open the Habanero Sculpin with eager anticipation. Would I really hate it? There is only one way to find out. Bombs away!

Well, that wasn’t so bad. My lips are tingling from the heat and there’s a slight burn on the roof of my mouth, but it’s more stimulating than painful.

I have to disagree with Sam about the peppers dominating. To me they seem to be riding high atop the inherent maltiness of the base IPA. But I also noted that the label reads “Heat May Vary.”

Oh, wait, about a third of the way through the 12-ounce bottle and the tip of my tongue is burning and I feel like I might be able to snort flames out of my nostrils. Nothing to call the fire department about, but I better slow my sipping.

As well as its heat, the Habanero is known for the fruitiness underlying that heat. I searched for that fruity flavor in this beer but if it’s there, it escaped me.

This 7 percent IPA will not be for everyone. But pepper aficionados and lovers of unusual IPAs should find something to like in this beer. I know I did. 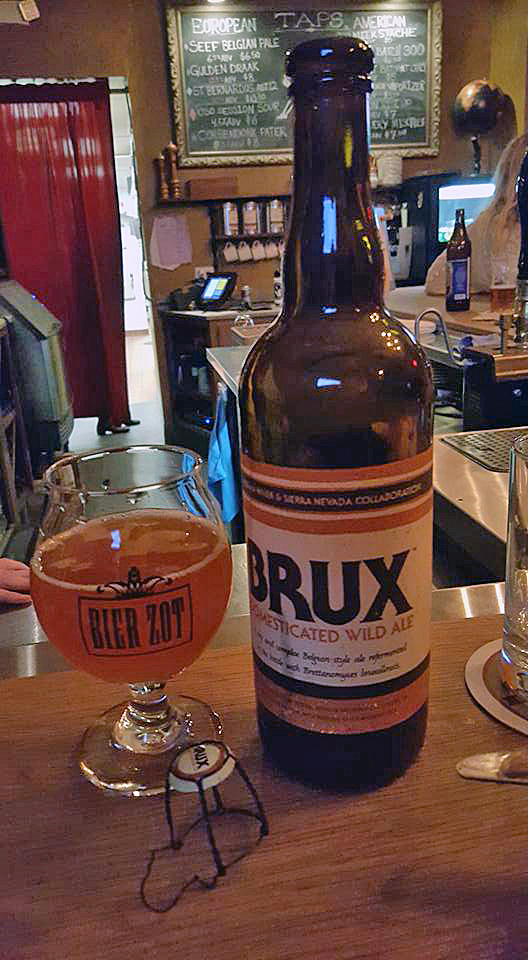 Some old pals came to visit recently, so we hit Bier Zot for good food and beer and everyone was happy. For dessert we shared a Brux Domesticated Wild Ale, which was a 2012 collaboration between Sierra Nevada Brewing and Russian River Brewing. After initial fermentation, the beer was re-fermented in the bottle with Brettanomyces bruxellensis, which means it will change with time.

Four years after its initial release, this beer has turned into a freshly baked loaf of banana bread, or at least that was the unmistakable aroma. The sourness was subdued by a big clove and banana flavor.

If you can find a dusty bottle of this sitting on a shelf somewhere, snap it up.