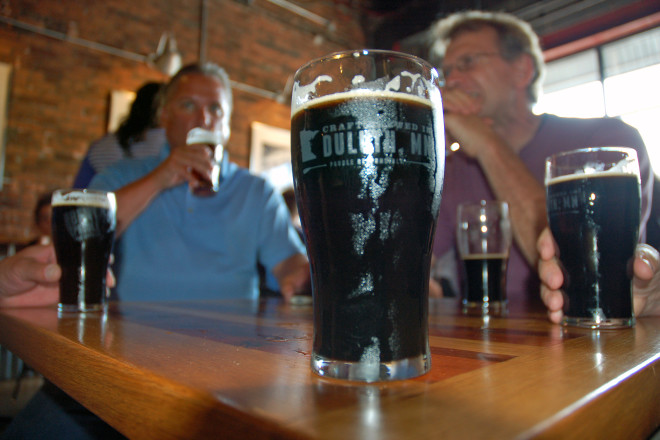 Things got a bit hectic when I paid a recent visit to Duluth. My plans were to hit all the craft breweries in the Twin Ports and try as many beers as I could manage at each.

However, you know what they say about making plans…

I did bring some local beers home with me, and after diving into the brews of Bent Paddle, I wish I had spent more time there.

While at the brewery I had an oak-aged Belgian that I barely recall because I was so wowed by the next beer, Cold Press Black, the brewery’s coffee-infused Black Ale, which was recommended by fellow Duluth native Steve Olson, who brews traditional German beers for a German restaurant in Appleton, Wis.

Cold Press Black is the brewery’s flagship Black Ale infused with Duluth Coffee Company’s “Crazy Juice” cold-press coffee. Deep, rich coffee tones come on strong in this husky black ale. I brought some Cold Press Black home, and it is every bit as good in the can as it was fresh on tap. It’s just a great beer.

OK, I thought, the coffee ale is a homerun brew, but what else can these Bent Paddle brewers do? 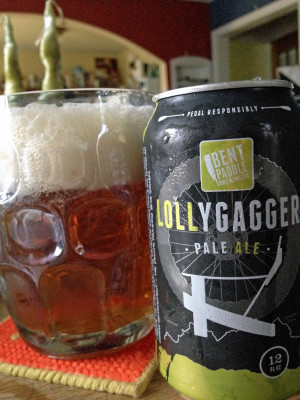 I decided to turn next to BP’s Lollygagger Pale Ale. A great pale ale is a matter of balance, something most American craft brewers either ignore or are unable to achieve.

I grew up on the balanced nuances of English pales and IPAs, so I find most – but not all – American craft pales and IPAs to be repulsively unbalanced in favor of hops.

Imagine the surprise and immense delight after my first sip of Bent Paddle’s deliciously balanced Lollygagger. Even though the brewery describes it as a West Coast-style pale ale (which to my mind means hop dominant), malt and hops make their presence known in Lollygagger as an inseparable team working for the unique flavor profile of a well-balanced beer. The deep, sweet aroma is itself intoxicating. This is one of the good American-produced pale ales.

So my hopes might have been insanely high when I opened a can of Bent Paddle’s 14° ESB. Can they keep up the excellence? 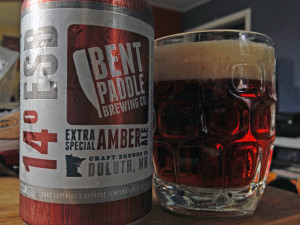 This is a beautiful, deep amber-colored ESB with a nutty sweet malt presence and a hop-tang finish. It might be turned up a notch or two compared to your traditional English ESBs, but I drank mine from an English half-pint glass and with each sip felt myself transported to one of the locals I frequented in England.

So, bravo Bent Paddle! I wish I had brought more varieties home, and I look forward to dipping my paddle more thoroughly in your West End taproom during my next visit.