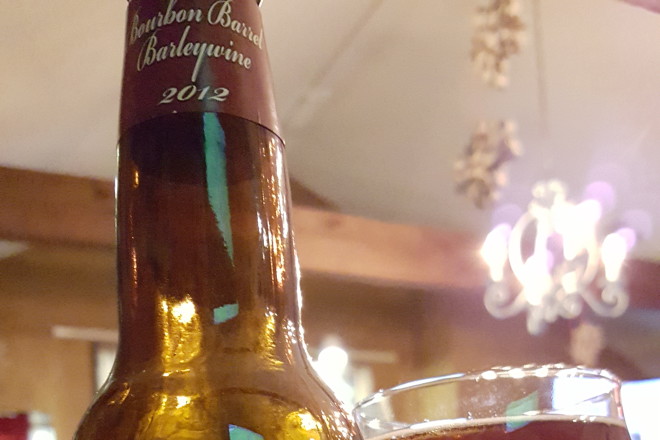 After a long and taxing day, I relaxed once I got home by hopping in the driver’s seat of a 72 Imperial. Let me be more precise: A 72 Imperial Chocolate Cream Stout from the Breckenridge Brewery of, according to the screen-printed label, Denver, Colo.

Creamy, rich darkness washes over me with each sip. The chocolate seems like a mix of milk chocolate and cocoa – luscious and elemental. Invigorating! 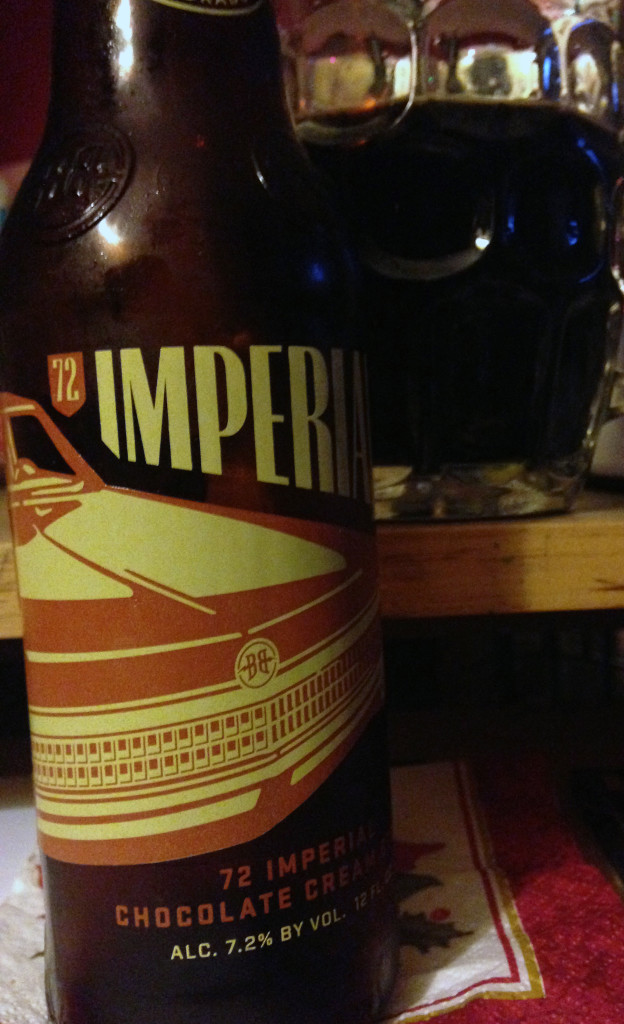 I didn’t find a brewery website or any information about the connection online, so instead I looked for information on the 1972 Chrysler Imperial. It was the first year of teardrop rear lights, for one thing.

The majority of the 15,794 Imperials Chrysler produced for 1972 were of the six-passenger, four-door hardtop variety, retailing at $6,762.

The website allpar.com goes on to say: “Standard equipment included power steering, power brakes, power windows, and air conditioning. Tires were L84 x 15 inch in size. Whitewall steel-belted radial tires were $79.70 extra. The sidestrip protective molding continued. A dual-control A/C was optional at $250.85. A radio of some type was installed in 99.5 percent of Imperials built. The anti-lock brake system was $334 extra. Power vent windows were $85.34 on four-door models. Bucket seats appeared on 11 percent of production, while the adjustable steering column reached 78.2 percent. The power-operated sunroof was available at $584.75.”

In short, it was Chrysler’s luxury model for many years, not just 1972. Perhaps that is all it means – 72 Imperial Chocolate Cream Stout is Breckenridge’s luxury model. I don’t know that since I don’t recall having a Breckenridge brew before, however, I am going to take that as the reason for the name. I feel richer for having drunk it.

How do you know you’ve walked into the right beer bar? When on tap of an amazing lineup of draft beers there is a multi-page bottled beer list, plus, for the season, a separate page of spectacular winter warmers that make you say aloud after reading each one, “I want that one!” 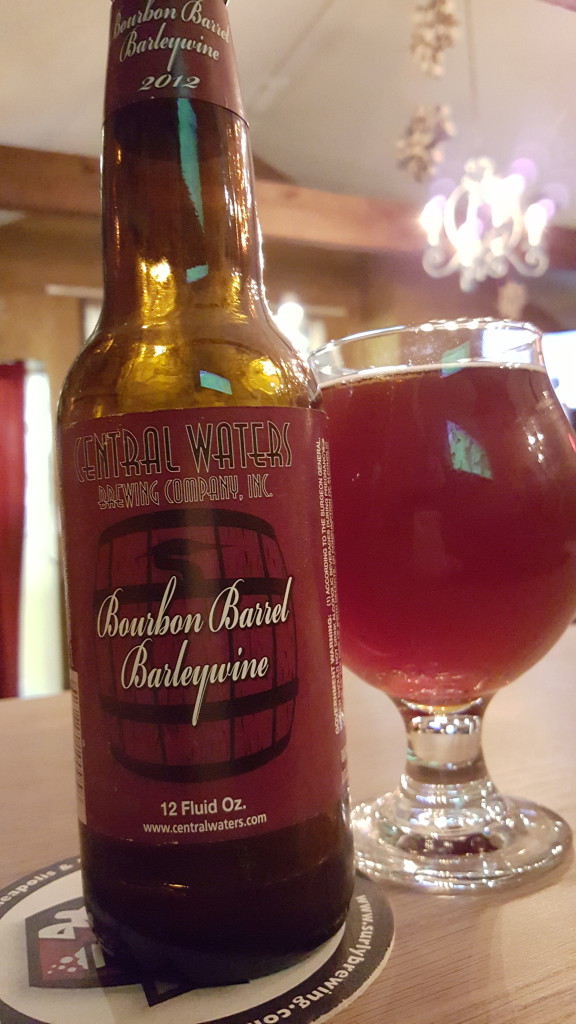 Such was the case during a recent and all-too rare visit to Bier Zot in Sister Bay. I’ve had good beer experiences there in the past, but the selection of winter warmers warmed the cockles of my flinty and battle-scarred heart.

At long last I decided it would be foolhardy to pass up a four-year-old barleywine, so opted for the January 2012 vintage Bourbon Barrel Barleywine from Central Waters Brewing of Amherst, Wis.

Good stuff, I assure you. However, my tasting notes from that night got lost somehow when reality stepped in on my until-then relaxing night and I had to head south to the big city to see what was going on with a fire aboard an ancient cement carrier that was undergoing repairs at the local shipyard.

What I do know, I really enjoyed having the ability to choose such an exotic beer at a local bar. We’ve come such a very long way!