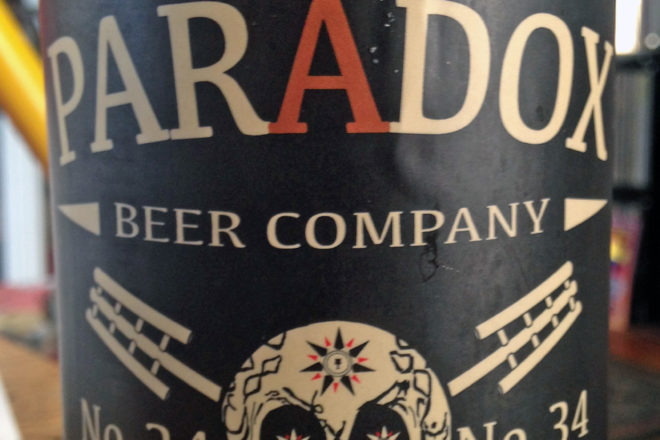 It turned out to be the week of big beers.

I stopped at Bier Zot and asked head Bier Zottist Ryan Castelaz to surprise me. He came back with Skully Barrel No. 34 (aka Spiced Pear Sour 2015) from Paradox Beer Co. of Divide Colo.

Mission accomplished, Ryan, because this was a surprising beer from a brewery I had not previously known about.

This started out as a sour amber ale to which Bosc pears, Madagascar vanilla beans, ginger juice and Ceylon cinnamon were added, and then it all ages in oak wine barrels. The result is a deliciously sour ale that will pucker your entire head with the first sip.

Here’s what Paradox says about their beers: “Paradox’s wayward beers undergo an exclusive polymicrobial fermentation process involving a combination of intentional and spontaneous fermentation by the usual suspects like Brettanomyces, Saccharomyces, Lactobacillus, Pediococcus as well as indigenous and feral yeasts.”

Not only does the brewery suggest food pairings for this beer (roasted game meats and root vegetables, smoked turkey dark meat, beef loin slow cooker stew and raw cheeses such as Roquefort and camembert; I had fish and chips with mine and that was fine), they also suggest movie pairings – Weird Science and Ferris Bueller’s Day Off. The brewers must be children of the ‘80s. I would say this sour beer would be better suited to a great film noir such as The Maltese Falcon or The Asphalt Jungle, or perhaps with the sourest movie ever made, The Treasure of the Sierra Madre.

I look forward to more from this brewery.

A few days later I found myself again at Bier Zot and noted the chalkboard advertising Yodo Con Leche, an eight percent imperial porter brewed with milk caramel by the great 5 Rabbit Cerveceria of Chicago (or Xicago, as they post it). 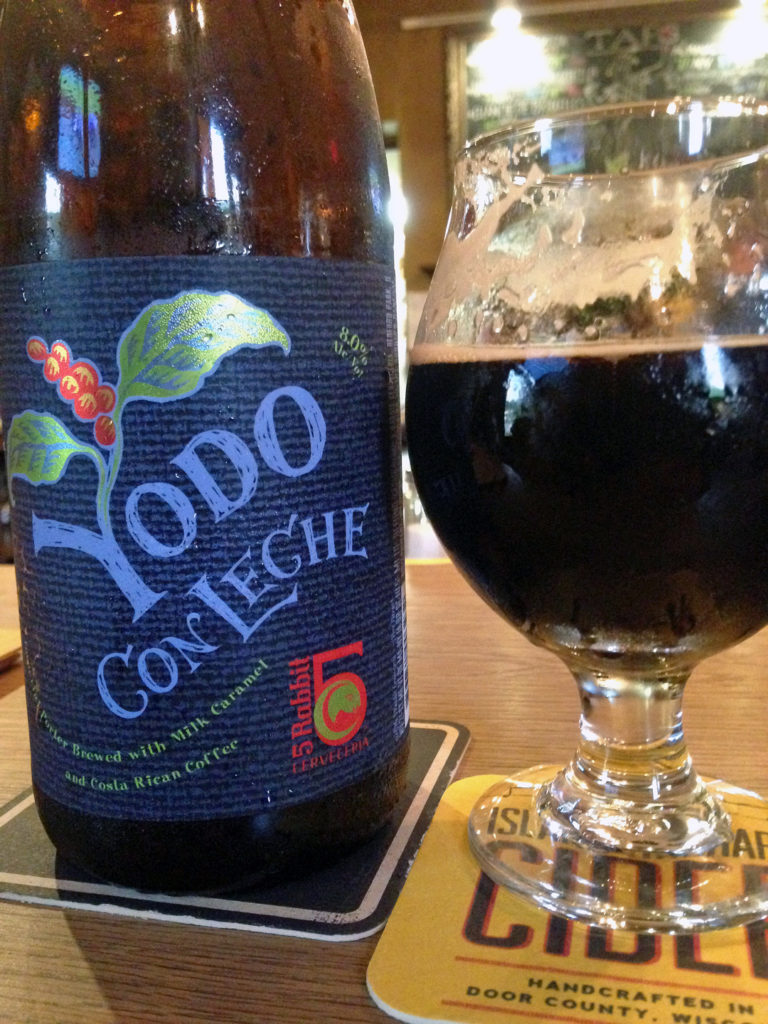 What the chalkboard did not mention is that this beer is also brewed with Costa Rican coffee, but there was no mistaking it with the first sip, which was a big, bold, bitter blast of coffee. This was a very good cup of beery coffee, but even patiently waiting for it to warm up, I could not find the dulce de leche in the mix.

For the record, “yodo” is iodine in Spanish, but in Costa Rica, home country of brewery founder Andres Araya, it is a slang term for coffee.

People who came into the bar after me were intrigued by the bottle I was drinking from, and suddenly Ryan was serving bottles of Yodo con Leche to the groups on my right and left. We all went in search of the dulce de leche, but were not at all disappointed with the coffee flavor that overpowered it.

I have yet to be disappointed by a beer from 5 Rabbit Cerveceria.

Look for these taps from the Minneapolis-based Surly:

For food to go with your Surly beer, the special will be a Bier Zot Burger – a lamb and chorizo burger topped with gruyere cheese, arugula, pickled red onion, served on a brioche bun.