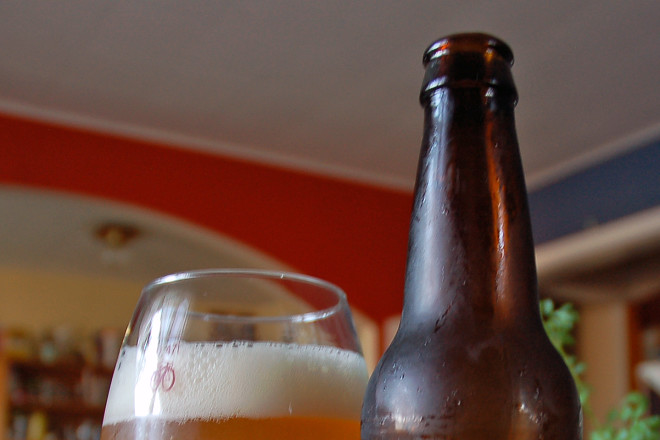 This is just what it says it is – Tangerine. Big tangerine nose, lovely tangerine flavor, and even a hazy tangerine color to this tangerine wheat beer from Lost Coast Brewery.

I like it. Refreshing. Tangy. However, when it was poured into what I was told was a freshly cleaned Weiss glass, the head dissipated almost immediately. I will have to try this one again. I think it was the glass and not the beer that prevented the rocky white head I expected. I will be happy to drink this beer again, in a truly clean glass. 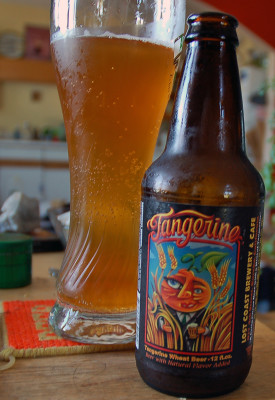 Instead, I moved on to another tangerine-flavored beer, this time a “session” IPA brewed with tangerine peel – Tangier from the always thoughtful Southern Tier Brewing Co. No tangerine nose to speak of here, just a lovely piney/herbal hop aroma and very general citrus note, and for taste, maybe just the lightest tang of tangerine peel at the back end – the peel offering another tweak of subtle bitterness to this beautifully balanced beer.

And they aren’t kidding about it being sessionable. A bright, refreshing and perky 4.6 percent IPA, it would be hard to say no to another.

What I like about Southern Tier, they know how to pack a beer with flavor without succumbing to the fatal flaw of letting hops rule. Three varieties of hops (“spicy, citrusy, Azacca” is the only one mentioned on the company website) and four kinds of malt are used to make Tangier.

Lots of greats flavors here. This is a class act.

living reflections from a dream…”