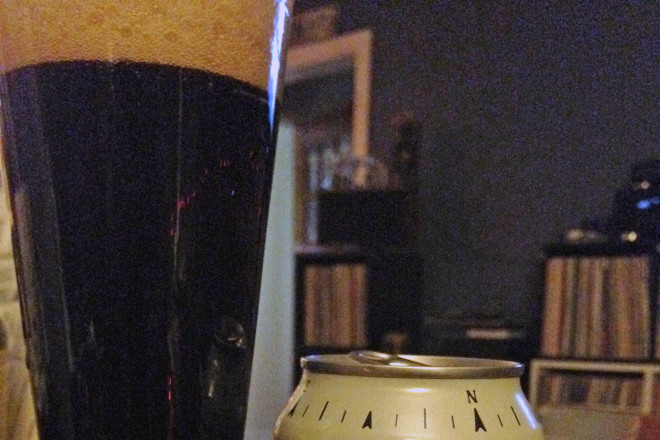 It was the coldest day of the year, to date, and I came home from work thirsty for a beer. I reached into the magic fridge and pulled out a bottle of summer ale that I must have missed last summer.

Usually, one reach in and I’m satisfied, but a summer ale wasn’t going to do it this time.

So I placed the summer ale in a different spot in the fridge and reached in again, this time pulling out a can of Baba Black Lager from Uinta Brewing of Salt Lake City, Utah. Yeah, that’s the ticket. 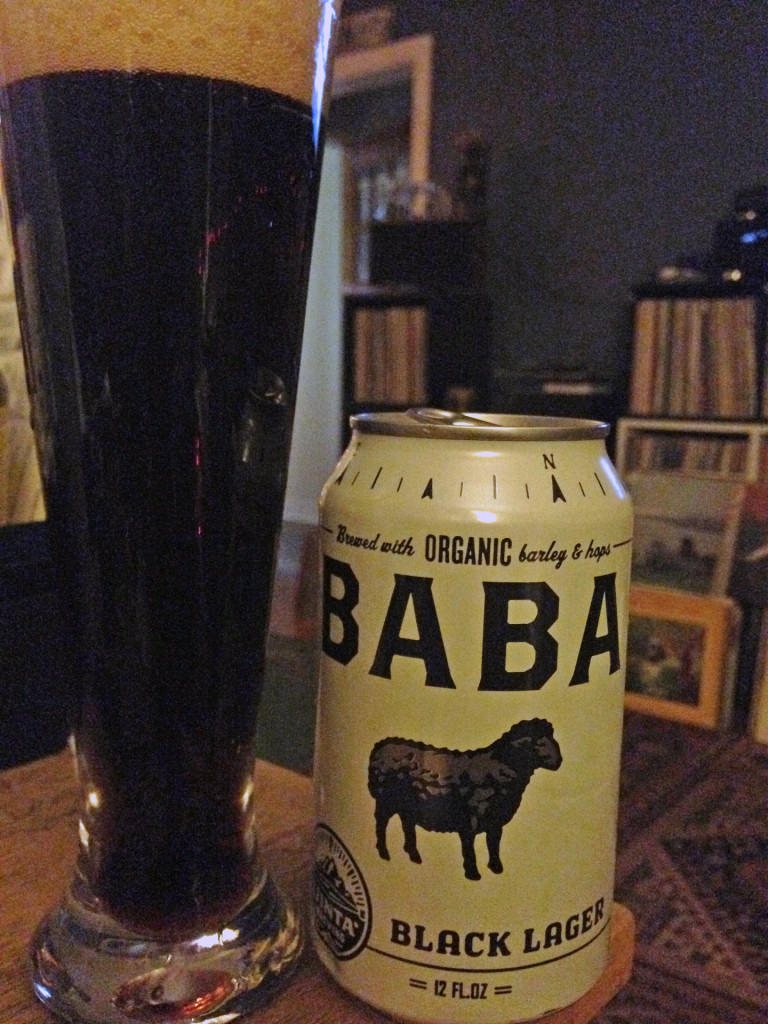 The can is black and white, which reminds me of the generic beer you used to be able to buy back in the 1970s (along with many other generic products).

The beer is as black as promised, and the can says it’s made with organic barley and hops. The can also says the beer is brewed with renewable power. It’s tasting better with every sip and revelation.

Baba is a bold black lager with a bite bigger than its baaaa. Do sheep have teeth?

Baba starts off softly but quickly becomes sharp with black coffee and charcoal tones. Its third and final act is a long-lingering hops bitterness.

I expect a certain gravitas from a black lager. This one reminds me of a diva hitting all the high notes.

I’ve been a fan of the Schell Brewing Co. of New Ulm, Minn., ever since running across their Ulmer Braun at a little corner tavern while on a mission to a buy a typewriter in central Minnesota on the day the Chernobyl nuclear accident made the news in the spring of 1986.

It was mid-day, just me and the owner. I’d never heard of Ulmer Braun before, but when I saw it on tap, I had to try it. You have to remember that this was before the craft beer evolution/revolution, so to see a brown beer, especially in the hinterlands, was a magnificently rare treat at the time.

The owner disappeared while I sipped at my beer and watched a black and white TV behind the bar that had news about a nuclear accident in a place called Chernobyl, Ukraine (in the Soviet Union at the time, i.e., commies).

The owner came back with a plate of German sausage and cheese. I left a few Ulmer Braun’s later as a fan of the owner and Schell’s Brewing Co., brewer of Ulmer Braun and, I was to eventually learn, several other tasty beers, including reviving the iconic Minnesota lager Grain Belt. 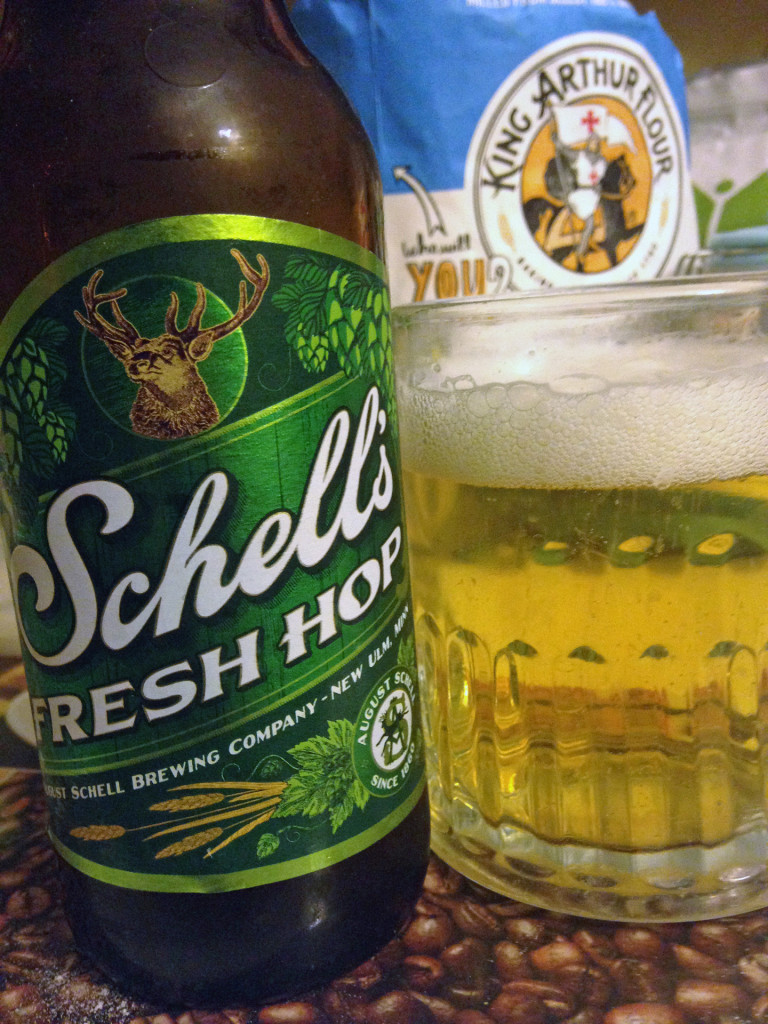 So I am always happy to see a Schell’s in front of me. This time it was Schell’s Fresh Hop Equinox Pilsner.

Here’s what the brewery says: “Each year Schell’s creates a new Fresh Hop beer to celebrate the hop harvesting season, capturing the flavorful aromatic oils and resins of freshly-picked hops by adding them to the brewing kettle within 48 hours of being cut. Expect a vibrant adventure in fresh hop aromatics and flavor in the form of an experimental, German-style Pilsner.”

They also warn that “this beer is best when consumed fresh.”

Imagine my surprise to learn that Equinox was the 2014 release in this fresh hops series. Citra was the 2015 variety.

Still, the 2014 tasted just fine, with a bright hoppiness. I was not familiar with Equinox. Turns out it comes from the Hop Breeding Co., the same people who introduced Citra, Mosaic and Simcoe varieties.

Would this beer have tasted differently a year ago? Possibly, but I guess I will never know.