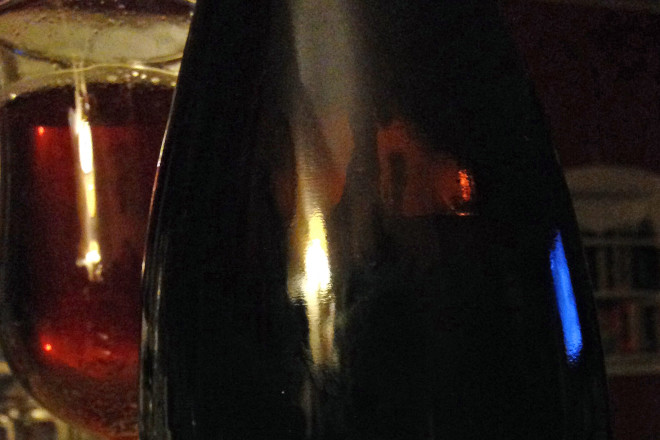 Of all the absurd names to appear on beer labels, O’so Brewing Co. leapfrogged to the front of the line when it released Wheat you talkin’ ’bout Willis? 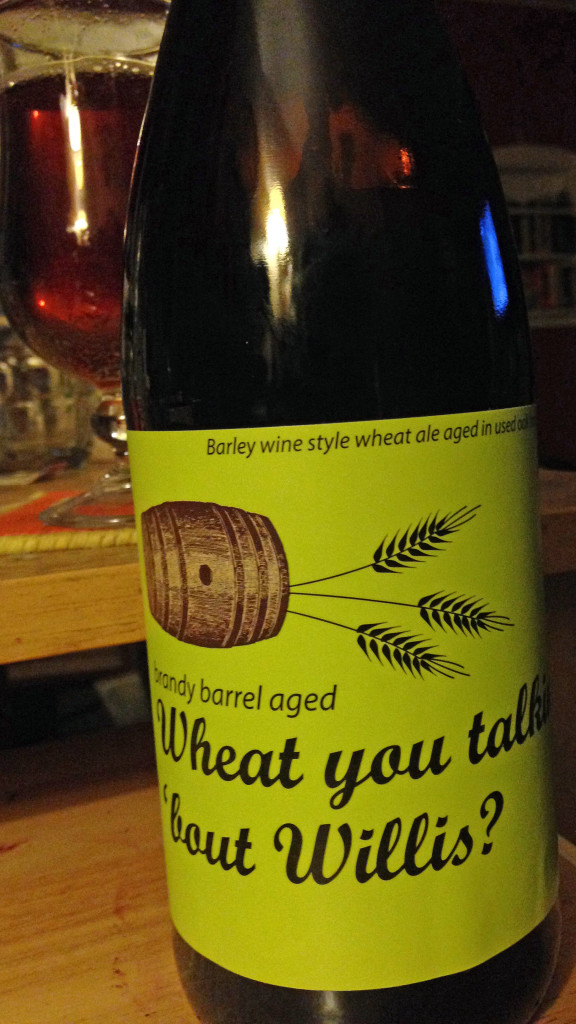 What Gary Coleman’s catchphrase in the 1978-86 TV series Diff’rent Strokes and a brandy barrel-aged wheat barleywine have in common is beyond my ken.

However, I was in the mood for something completely different, and at the moment I couldn’t think of anything more different than a wheat barleywine in a Champagne bottle.

What a treat! Deep sweet sticky maltiness of barleywine combined with the fruitiness of wheat beer and brandy. Talk about your winter warmer! Yum! This is like a glass of hot buttered rum beer.

Still, I don’t know if O’so mastermind Marc Buttera is a mad genius or just mad.

I have just one suggestion – do not do as I did and drink this alone. It deserves to be shared.

Of course you have to wonder if there is a Yin beer, where is Yang? Or that’s what I wondered while looking at a bottle of Yin Imperial Taiji Stout from Evil Twin Brewing. 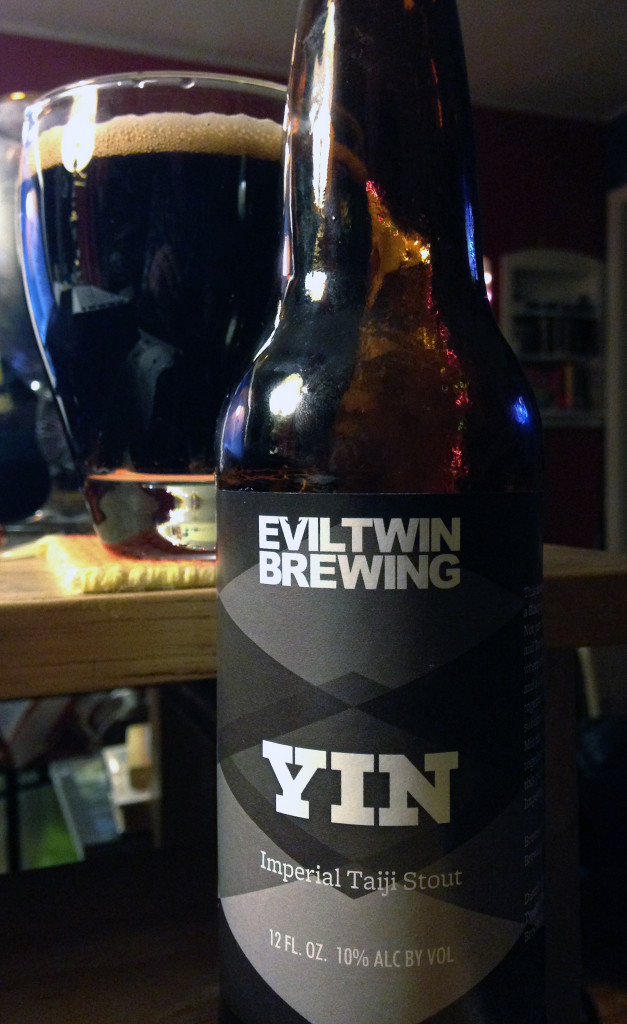 The label informs that there is indeed a Yang beer, which is the other half of the brewery’s Black & Tan. However, not to fret! The label parenthetically advises that you can “enjoy this profoundly evil Imperial Stout solo.”

With their kind permission, I did just that. Yum. It’s like a liquid asphalt on pumpernickel sandwich. Waves of intense darkness roll across the tongue with each sip. This is one muscle-flexing stout!

I had to look up Taiji. It refers either to a place in Japan infamous for its annual dolphin hunt or to the Chinese philosophical concept of oneness before the duality of yin and yang, or something like that. I’m guessing the name of this beer refers to the latter. I got no dolphin connection.

It’s a big, bold 10 percent stout. I’m not kidding about the asphalt reference. If you could run asphalt through a juicer, the result might taste like this – the epitome of dark.

I’m kinda curious about finding out what sort of beer Yang might be, but not enough to look it up online. I don’t know what the evil twin schtick is about either. You can look it up here: eviltwin.dk.