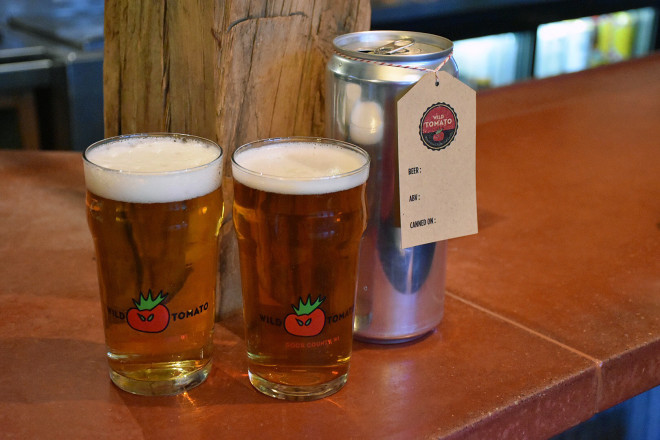 Certainly you’ve heard of growlers, the glass jugs you can tote into your favorite craft brewer to bring beer home with you. Well, meet The Crowler – a 32-ounce aluminum beer container that is filled and canned right before your eyes.

Wild Tomato in Fish Creek is the first spot in Door County to feature The Crowler.

“We have so much carryout, it’s kind of a natural. We’re hoping to get more,” said Britt Unkefer, who owns the Wild Tomato and Bier Zot in Sister Bay with his wife, Sara.

His philosophy about serving great beers at Wild Tomato is based on a simple premise: “Why does a family friendly place have to have crappy beer?”

Unkefer heard about The Crowler from someone who had seen one at a bar in Iowa City and realized it would be perfect for the restaurant, which proudly serves an ever-changing lineup of exotic craft beers.

“Glass growlers take a long time to fill and there’s a ton of waste,” he said.

Glass growlers are also notorious for not being able to maintain beer freshness for long. It’s best to consume beer from a growler soon or it will go flat.

Not so with The Crowler. Before beer is added to the can and sealed, the empty can is given a CO2 purge that prevents the beer from oxidizing.

“The beer lasts four weeks, easily,” Unkefer said. “The one I pushed to four weeks was perfect.” 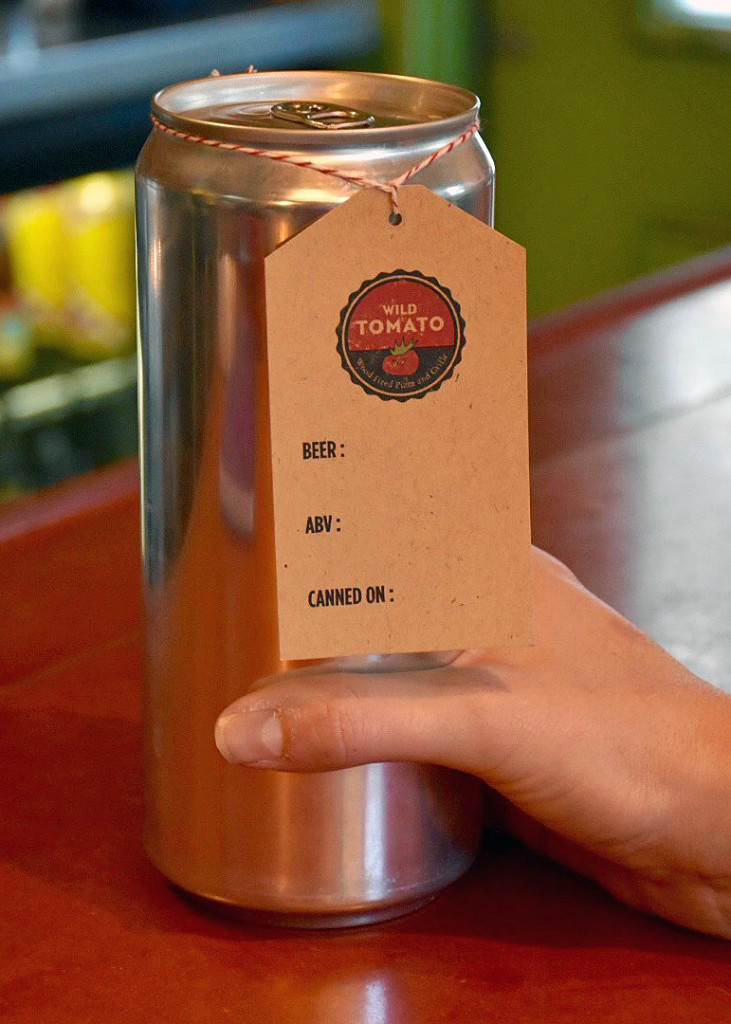 The Crowler is also a lot easier to pack than a growler, so it’s not surprising to learn the idea for The Crowler was developed by longtime can pushers Oskar Blues Brewery of Longmont, Colo., and their development partner Ball Corp.

Ball provides the cans and the can sealing machine is made by the Wisconsin Aluminum Foundry Company of Manitowoc. Oskar Blues sells the machines and cans to other breweries.

In talking with Unkefer, I could not help complimenting him on his other business, Bier Zot in Sister Bay, which impresses me each time I visit with an interesting menu, an exciting lineup of fantastic tap beers and an intimate, Euro-like setting.

“We made something we love going to and it worked out, luckily,” he said.

The Unkefers are opening a second Wild Tomato, next door to Bier Zot in Sister Bay.

“We’re making sure it doesn’t lose any of its small charm with Tomato opening there,” Unkefer said. “We don’t want to lose it and a lot of our customer base there loves it just the way it is.”

“My favorite thing is the aging, what that does to the beer. It’s so much fun,” he said.

Stay tuned for announcements by checking out the Bier Zot Facebook page.

Unkefer said a trend he sees and welcomes – and one I completely agree with – is that of brewers realizing that a balance of malt and hops in an IPA makes a much better beer than one pumped up with hops.

“A lot of the bigger IPAs are becoming more balanced. I love that. Now they’re drinkable again,” he said. 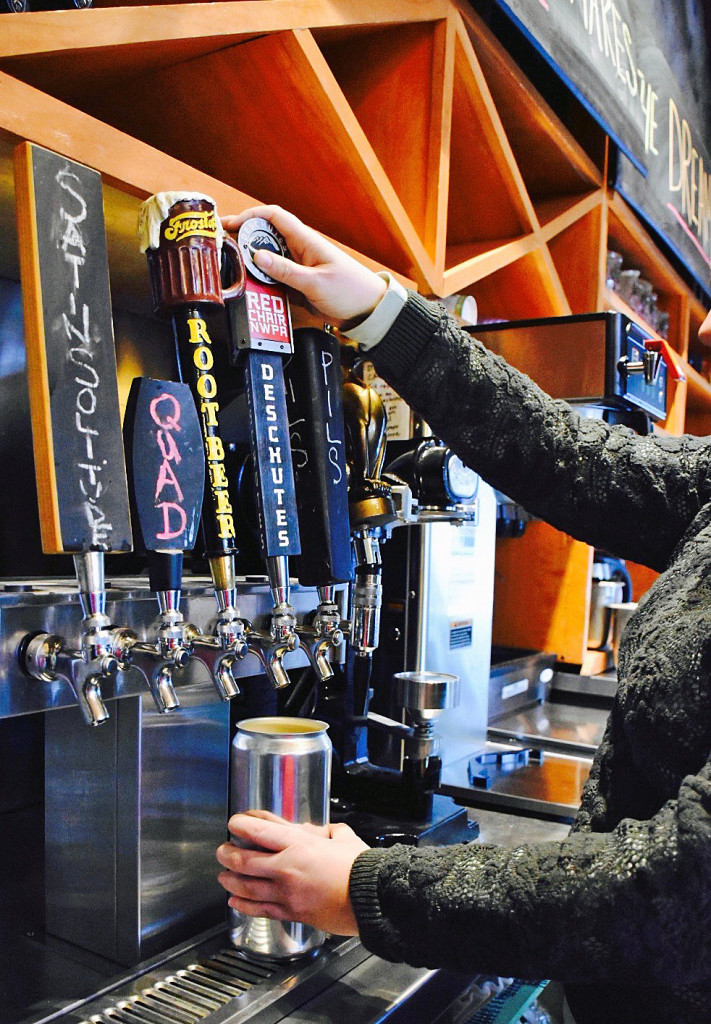 Unkefer also gave a shout out to Bier Zot’s new Manager Ryan Castelaz, who he said brings an extensive knowledge of beer to the job.

“We’re starting to go out and actually make personal connections with breweries to get them up here,” he said. “We just got in a bunch of MobCraft (from Madison). We’re going down to meet with the owner of Toppling Goliath in Decorah, Iowa. Ryan has connections there.”

Unkefer is also very happy with the relationship he has built with Marc Buttera of O’so Brewery in Plover, Wis.

“I get some really cool stuff from Marc,” he said, adding that he helped convince Buttera to make his Sweet Lady Stout year-round. Unkefer will carry the nitro version, called Milk Stash. He will also have O’so’s Big O, a wheat beer, on tap as the house light beer. He’s also looking forward to the brewery’s well received take on the sour classic Berliner Weisse, called Infectious Groove.

So, look forward to some amazing beers coming our way, and the ability to easily carry them out the door in a 32-ounce can. The cost? The price of two pints of whatever beer you are drinking, minus one dollar. Say the average pint is five bucks. A Crowler will cost you $9. That’s a great deal.

“Just five, six years ago, there wasn’t a whole lot of craft beer in Door County,” Unkefer said. He has happily helped to change that.