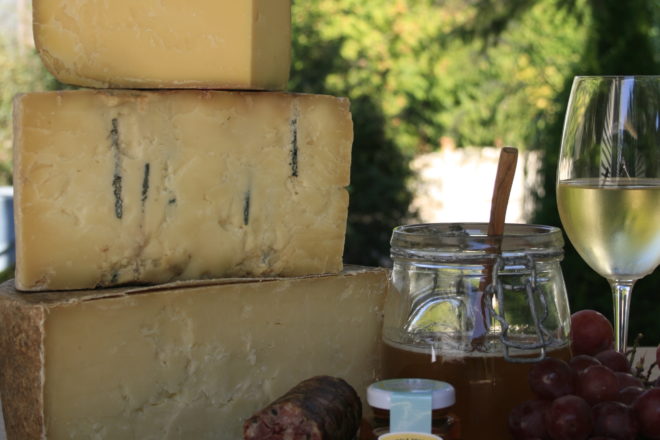 I will be off to Des Moines, Iowa this week attending the annual American Cheese Society conference. This event takes place in a different city each summer and is attended by more than 1,200 cheese enthusiasts, including cheesemakers, retailers, specialty food companies, and an assortment of other cheese-related industries. It is a fun event because cheese people like to have a good time. To learn more about this year’s event, check out: cheesesociety.org/conference/cheese-in-the-heartland.

Wisconsin has long been known as America’s Dairyland…just look at one of our license plates to be reminded of that. The Cheese Insider looks into the wonderful world of cheese and how it affects the lives of people that live in our state. Tell me who doesn’t like cheese? Cheese is more than a good bag of curds or a slice of American cheese, especially with the fast growing world of artisan cheese.

The term “artisan” is being used more and more in a wide array of products, artisan bread, artisan meats, even a new line of chips made by none other than Frito Lay…Artisan Doritos. What does the word artisan mean when it relates to cheese? For a cheese to be called an artisan cheese, the following must be true:

Wisconsin has been a leader in the world of artisan cheese and has dominated national competitions during the past 10 years. As a matter of fact, during the 2015 U.S. Cheese Championships, Wisconsin cheesemakers won more than 60 percent of the awards that were handed out, the state that finished second was New York with a little more than six percent, California won a little more than 4.5 percent…that is what we call “scoreboard.”

Ten years ago, Wisconsin had six “artisan” cheesemakers. Today, the state boasts more than 45 and the numbers keep growing. The state of Wisconsin is the only state in the U.S. that requires all its cheesemakers to be licensed and is the only state that has a Master Cheesemaker Program. This program is the only one of its kind outside of Europe and currently includes 60 cheesemakers, including Door County’s Chris Renard of Renard’s Cheese.

Next time you want to try a good artisan cheese made here in Wisconsin, ask a knowledgeable cheesemonger (that is the person that works behind the counter in a topline cheese shop), tell him/her what type of cheese you like, and let them introduce you to something you’ll enjoy. Life is good, eat good cheese!