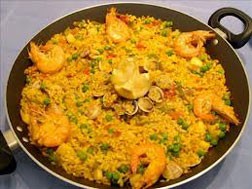 On Aug. 20 at 6 pm, Savory Spoon Cooking School will host a Paella Party. Spaniards have a long tradition of making Paella for festivals and celebrations. The expression “ir de paella” literally means “to have fun.” The technique will be simplified so it is easy for everyone to re-create at home.

This special evening will feature a variety of Carr Valley Cheese, and an assortment of accompaniments. Enjoy a glass of wine or craft beer while you meet the cheesemaker and learn what makes his cheese so special. For more information and to register online, visit savoryspoon.com or call 920.854.6600.