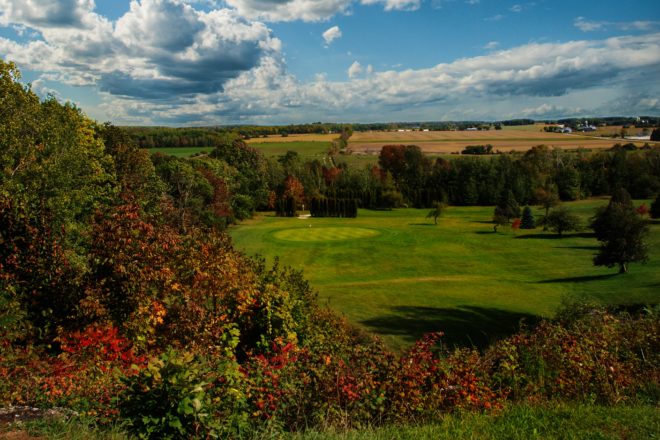 Cherry Hills is the “ol’ stomping grounds” for many of my golf friends.

We grew up playing the course more than any other, largely because it was relatively affordable. It was the nearest track and let us carry around our clubs for nine holes and nine dollars. It wasn’t great. It was barely even good; but it was 18 holes, a driving range and it didn’t have much for nearby competition. That was the early to mid 2000s.

The golf world had peaked then, thanks to what folks in the industry call the “Tiger Boom,” riding Tiger Woods’ rise to global stardom. The peak was brief and it built an unsustainable golf supply, which was highlighted by the 2008 stock market crash.

The crash was not kind to the golf world and therefore, could not have been kind to Cherry Hills. You can point a finger at many things as the accounting books continuously fail to add up like they once did, but with less money for consumers to throw around, there was less money for Cherry Hills to catch.

Cherry was not unique because of this. The entire golf world hurt for a while. Cherry Hills did, just as many other courses in the area did, but in 2016, that’s no longer important. What remains important is that Cherry Hills is still open and still hosting the same “ol’ stomping grounds” my friends and I grew up on. For that I am thankful.

Despite not having the smoothest greens or tightest mowed fairways, Cherry Hills continuously offers some of the most appealing challenges in the county. “Hills” is its namesake, after all, and those rolling mounds have provided inherent demand for decades now.

Growing up, that was all I knew. My golf palate would later be spoiled by the headliner courses of the county: Horseshoe Bay, The Orchards and even more so by courses outside the state and outside the country. I had forgotten about the dicey, testy course tucked conveniently between Bay Shore Drive and Highway 42, just north of the Sturgeon Bay Culver’s.

Sean Zak is an assistant editor at GOLF Magazine and Golf.com in New York City, where he has learned that writing about golf is just as difficult as playing it. Although he may have graduated to the Big Apple and is falling in love with the city, he’ll know it will always lack one important thing from his adolescence: the Door County sunset.