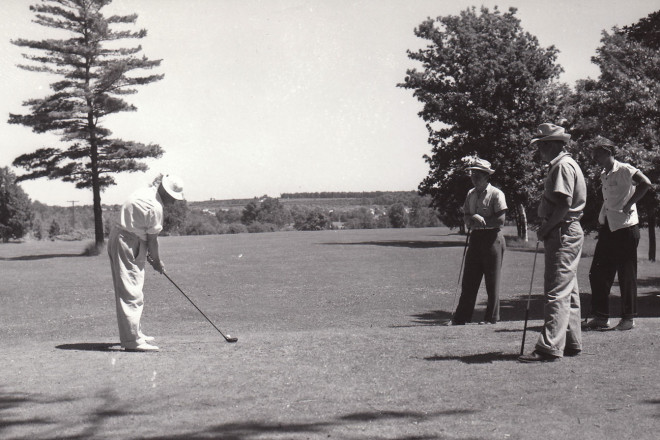 The 1969 National Geographic cover story that put Door County on the map is perhaps the most famous turning point in the peninsula tourism industry’s history. But it was another event, a meeting held 13 years earlier, that started Door County tourism down the road to where it is today.

Before 1956, the tourist season on the peninsula ended promptly after Labor Day weekend was over. Hotel owners spent the following week moving furniture and equipment inside and cleaning rooms one last time, and then the off-season began. A meeting of local businesspeople that year sought to change that through an unlikely avenue – golf. 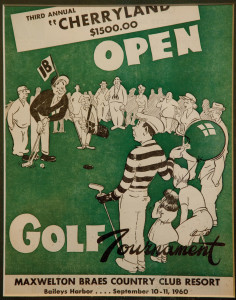 The meeting, held at the Alpine Resort’s Hof Restaurant in Egg Harbor, led to the formation of the Door County Golf Association (DCGA), and through it the Cherryland Open golf tournament, held each year the weekend after Labor Day.

“Once Labor Day came, you locked the door in Door County as far as tourists go,” says Rader, who announced the first Cherryland Open.

But since then, it’s been an entirely different story. 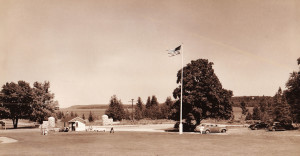 “The Cherryland was the beginning of extending the season,” says Alpine owner Bill Bertschinger, who hosted that first meeting. “All of a sudden the weekend after Labor Day was a pretty nice weekend.”

The first tournament, held at Peninsula State Park, was a success both on and off the course. The winner among professionals was Milwaukee native Tommy Veech, who competed in multiple majors and finished in the top 35 in the 1966 U.S. Open. Veech, widely considered among the best golfers in Wisconsin history, shot 139 in the 36-hole Cherryland Open, narrowly beating famed golf instructor Manuel de la Torre (140).

Meanwhile, the peninsula tourism industry was getting the most out of its newfound extended season. The Peninsula Players Theatre continued its No Time for Sergeants show into the tournament week, and the Dixieland Jazz Orchestra also gave repeat performances.

“We did some hotel business because of [the tournament],” Bertschinger recalls. 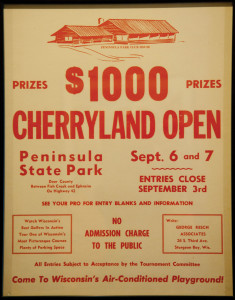 The first Cherryland Open marked the beginning of a transition in Door County tourism, between the short summer season of old and the six-month affair that exists today. After its inception, a broadening of the shoulder season began, and eventually tourists flocked north through October for now-famous events like Pumpkin Patch and Fall Fest.

“I suppose somebody else said, ‘Maybe we can make it a week longer,’ and it just kept going,” Bertschinger says.

While the Cherryland once featured around 200 golfers, that number in recent years has been reduced to anywhere from 110 to 180, says DCGA board member Randy Meyer. Meyer attributes the smaller numbers to the many other tournaments now put on around the state by the Wisconsin PGA and the Wisconsin State Golf Association, which didn’t exist when the Cherryland began.

“We’re not competing with those tournaments,” says Meyer, who also serves as the PGA pro at IdleWild Golf Club in Sturgeon Bay. “We’re a little different, where people can come to Door County and have a family vacation and play.”

With the tourism season now extended through October, this year’s Cherryland (September 10th and 11th at Alpine Golf 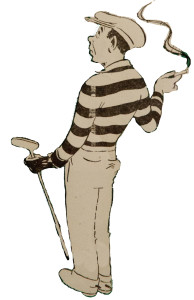 Course) will serve as far more than a tourist attraction. The DCGA funnels the proceeds of the tournament into promoting youth golf programs throughout the county, giving $750 every year to each high school golf team and $2,000 in annual scholarships. It also puts on the yearly Door County Cup tournament for high school teams at Horseshoe Bay Golf Club, and a few years ago bought practice golf nets for aspiring golfers to use at the Northern Door YMCA.

“Our goal is not necessarily to make the tournament any different – our goal is just to raise a little money,” Meyer says. “As long as this tournament provides that for us, we’re not going to do anything crazy with it.”

And for many, that’s exactly how the Cherryland Open should be treated:  not as just a golf tournament or another tourist attraction, but as a weekend that harkens back to older times as only golf can, times when life was simpler on the peninsula.