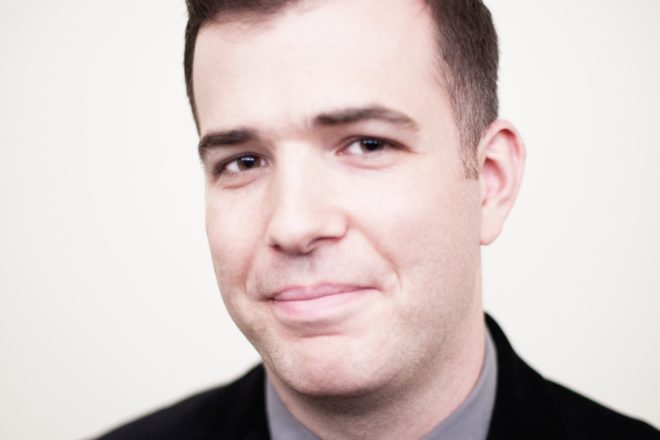 Conductor and cellist Chris Wild’s performances have been lauded as “insatiable” (The New York Times), resulting from his enthusiastic pursuit of musical connections. He is conductor for the Chicago-based project Après L’Histoire, which recently performed Igor Stravinsky’s ”L’Histoire du soldat” at the Chicago Arts Club and Poetry Foundation.

Wild began his cello studies at the age of five in British Columbia, where he would later win first place in the strings category of the Canadian Music Competition. He moved stateside to attend the University of Michigan, where he studied cello.

Wild will take the podium on three separate occasions during the 2018 Peninsula Music Festival. On Aug. 9 he conducted Lohengrin, Act I Prelude by Richard Wagner, on Aug. 16 he conducts Alexander Borodin’s In the Steppes of Central Asia, and on Aug. 23 he leads Glazunov’s Concert Waltz No. 1 for his final appearance.

Peninsula Music Festival runs Aug. 7 – 25 with concerts every Tuesday, Thursday and Saturday at 7:30 pm. Tickets start at $35 and are reserved. Tickets for students and children are $10. Tickets can be purchased at the Festival’s box office, 10347 N. Water St. in Ephraim, online at musicfestival.com, or by calling 920.854.4060.