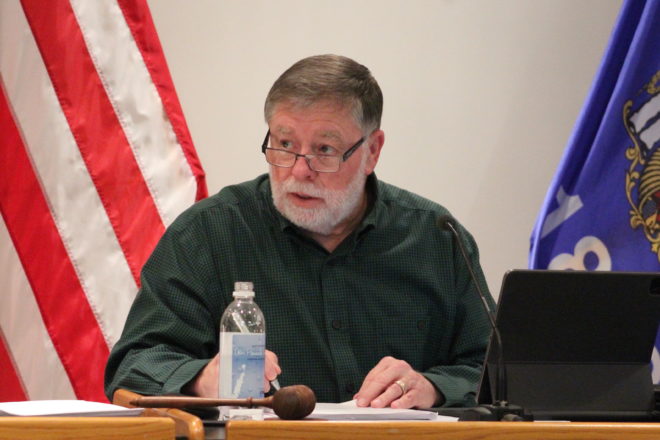 Sturgeon Bay Common Council president Dan Williams said it would have been “pretty short sighted” if the city had not adopted the updated Door County Hazard Mitigation Plan. Photo by Kevin Boneske.

As a step to be eligible to apply for Federal Emergency Management Agency (FEMA) funds, the Sturgeon Bay Common Council approved a resolution Nov. 15 to adopt the 2022-26 Door County Hazard Mitigation Plan.

Council president Dan Williams, who chaired the meeting in the absence of Mayor David Ward, said local governments are required under the U.S. Disaster Mitigation Act to prepare hazard-mitigation plans to be eligible for those funds.

Williams, who previously worked in emergency management with the county, said that eligibility for FEMA funds, should they ever become available because of a hazardous event in the city, is reason enough to adopt the county’s plan, which needed to be updated to remain in compliance and keep municipalities eligible.

“I think it’s pretty short sighted [not to be a part of the county’s plan],” Williams said. “I know sometimes people don’t like to have that federal oversight, but in this case, if you have a tornado come through the community and you’re [not] eligible for funds from FEMA, we would be left in the lurch. [Paying for the damages] would be out of insurance or out of people’s pockets.”

The latest plan, which the Door County Board of Supervisors adopted in October, updates the plan put together for 2016-21 that included participation from the county’s villages and the City of Sturgeon Bay.