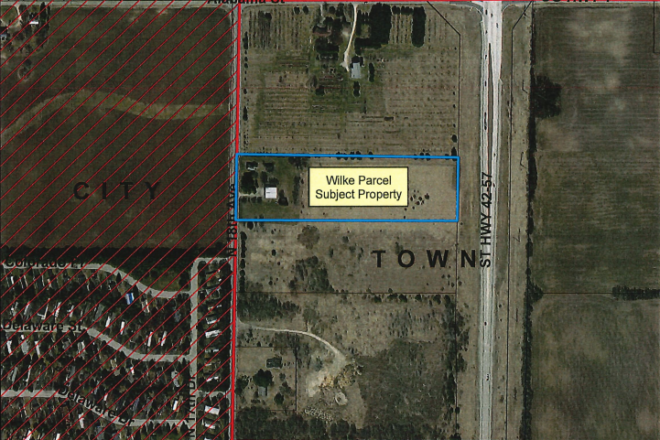 The Sturgeon Bay Common Council approved an annexation agreement with Fox Valley Storage for a 6.65-acre parcel of land on the east side of North 18th Avenue. The company intends to purchase the land from Richard Wilke to build commercial storage buildings.

The property is located within the Town of Sturgeon Bay and the Door County zoning jurisdiction, but the land abuts city limits. The annexation agreement would ensure the property eventually becomes part of the city and receives municipal sanitary sewer and water service, subject to an assessment for the extension of the services.

The city’s Aesthetic Design Review Board would also get to weigh in on the development, said Marty Olejniczak, Sturgeon Bay’s community development director, during the Common Council’s Feb. 16 meeting.

The land is south of an orchard that will remain part of the town, and the orchard is south of the Pick ’n Save and Tractor Supply stores, which are located within the city.

The city will prepare an annexation study after the annexation petition has been made. The study looks at the impacts of extending municipal services and the tax value from the annexed land. If the annexation doesn’t make sense, the city could elect to allow the property to remain within the town.