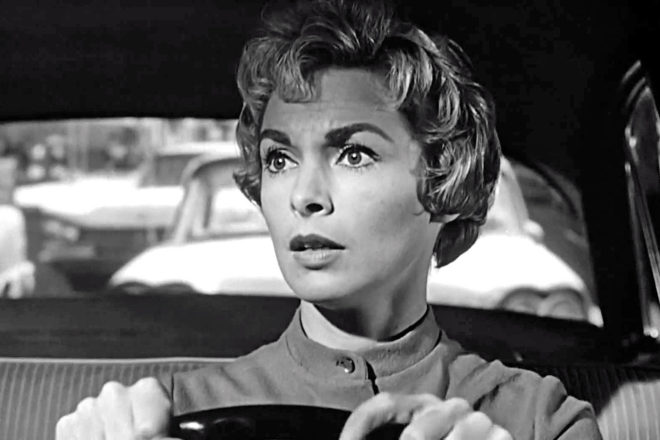 A guilty Marion Crane (Janet Leigh) on her fateful journey to the Bates Motel in the 1960 Alfred Hitchcock classic “Psycho.”

Sorry, but I don’t think of classics that way. I think of classics as the groundbreakers in their genre. There might have been 100 movies on the same theme before it and after, but this one set the bar for style, storytelling, filmmaking and the chills you expect.

Here are a few horror/sci-fi classics that deserve to be seen. 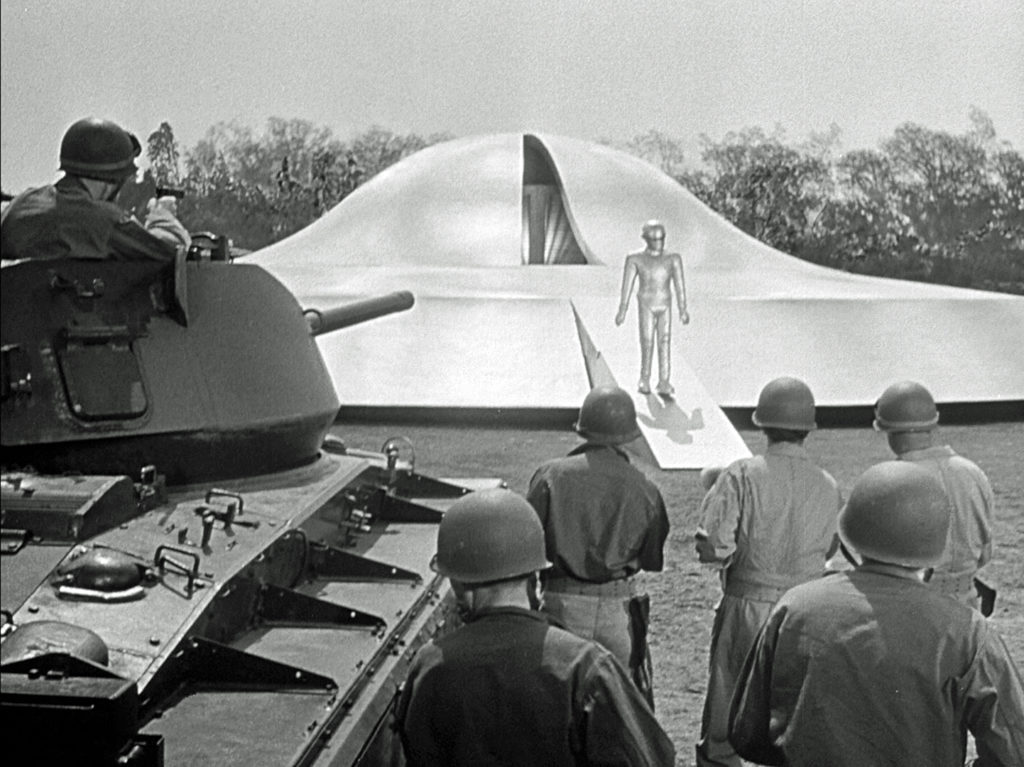 The giant robot Gort emerges from the spaceship in the 1951 sci-fi classic The Day the Earth Stood Still.

Favorite sci-fi: Director Robert Wise and the philosophical The Day the Earth Stood Still (1951). Klaatu barada nikto! Michael Rennie is brilliant as the alien Klaatu. The great Bernard Herrmann did the soundtrack with unusual instrumentation that included two theremins. Wise shot it in shadowy film noir style. I refuse to see the 2008 remake.

A close second in my book is also from 1951, The Thing from Another World. It was produced by Howard Hawks (who was born in Neenah, Wis.), and some say it was also directed by him, even though Christian Nyby got the director’s credit. I had the opportunity to meet Nyby at a Sunday brunch on Maui when we were both living there in the 1980s, but I never asked him the big question (it didn’t seem the right time, and I hoped we might meet again, but we did not). The scene where the group of scientists and military men at a northern outpost form a circle around what turns out to be a submerged alien craft. Chilling!

This movie includes one of my favorite closing lines, from radio journalist Ned “Scotty” Scott (portrayed by character actor Douglas Spencer), who broadcasts this to the world: “And now before giving you the details of the battle, I bring you a warning: Every one of you listening to my voice, tell the world, tell this to everybody wherever they are. Watch the skies. Everywhere. Keep looking. Keep watching the skies.” 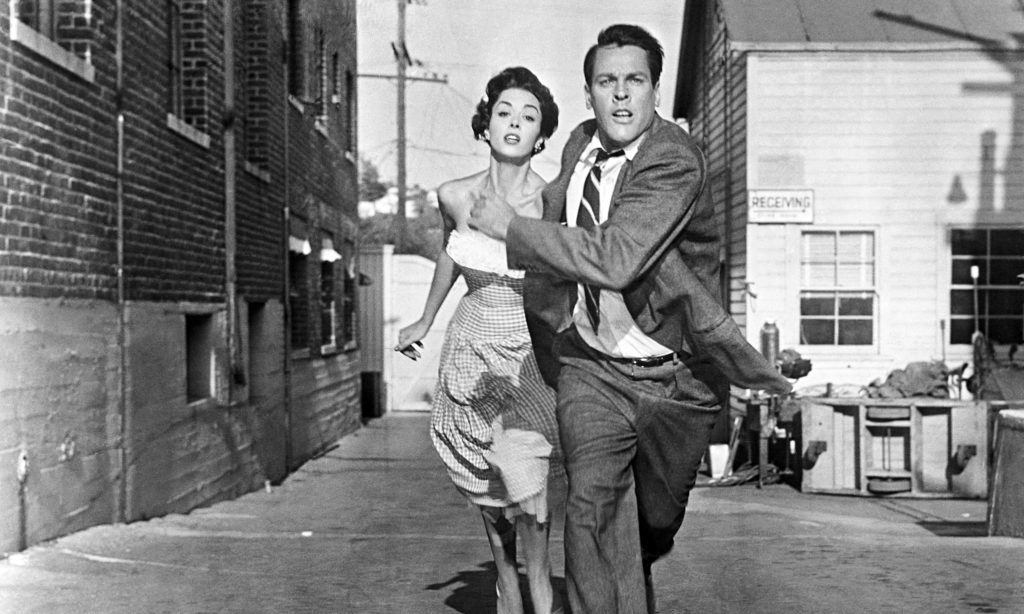 Becky Driscoll (Dana Wynter) and Dr. Miles Bennell (Kevin McCarthy) run from the pod people in the 1956 Invasion of the Body Snatchers.

Favorite Cold War paranoia horror story: Don Siegel’s tight, taut Invasion of the Body Snatchers (1956). You can take this as a straight-up horror film or an allegory for the loss of individuality and mindless conformity. Famous last line: “They’re here already! You’re next! You’re next! You’re next!” Philip Kaufman’s 1978 version with Donald Sutherland satisfies, but not so much the third one (Body Snatchers, 1993) or the fourth (The Invasion, 2007). A fifth remake is reportedly in the works.

Favorite slasher film: Psycho (1960). Alfred Hitchcock’s low-budget, black and white movie about momma’s boy Norman Bates stands high above any other film in this odd genre. Great credits from Saul Bass. Intense music from Bernard Herrmann. From a novel written by Robert Bloch while he was living in Weyauwega, Wis., based on Ed “The Butcher of Plainfield, Wis.” Gein. What’s not to love? I have no desire to see Gus Van Sant’s 1998 remake.