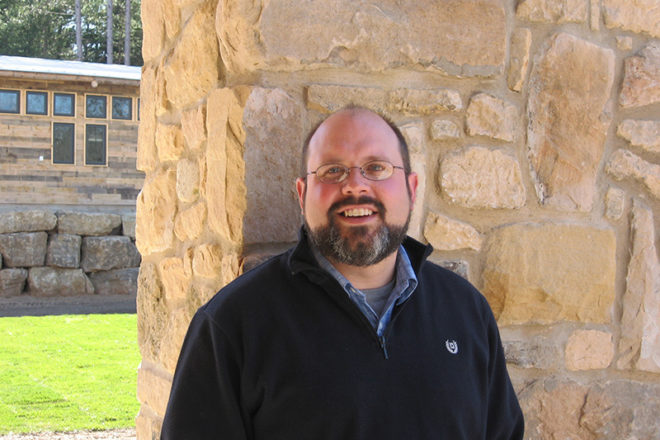 What would Aldo Leopold – considered to be the father of the American conservation movement – think of climate-change deniers?

“I would think he would both be not surprised and a bit exasperated,” said Buddy Huffaker, president and executive director of the Aldo Leopold Foundation. “If we look at his own career and experiences, he had to endure a lot of skepticism and cynicism about issues around, say, deer management and the ecology and biology in terms of the overpopulation of deer as a major conservation issue in his day. Many of his detractors just didn’t want to deal with the science of it.

“He certainly had his own experiences where the general public was not swayed by scientific evidence, and yet he really believed in science and the scientific method to yield great insight. I think he would have – as many of our scientists today are – continue to use the information that’s available, try to be as persistent and persuasive as possible to get people to recognize the gravity of the situation.

“Unfortunately, this is a case where history does repeat itself. I think he would be dismayed by how partisan many conservation issues have become. He worked really hard to establish the Wisconsin Conservation Commission, the precursor of the DNR, to be as apolitical as possible. I think he would be disappointed that so many of these issues break down along party lines.”

Huffaker is one of three presenters at the sixth annual Door County Climate Change Forum being held May 18 at Stone Harbor Resort. His presentation is “Aldo Leopold’s Land Ethic and the Future We Face.”

The Aldo Leopold Foundation has a unique relationship to Leopold’s legacy as the owner and manager of the farm he bought in the 1930s along the Wisconsin River outside Baraboo, as well as the executor of his literary output.

“We’re trying to think big and broadly about humanity’s relationship to the natural world, but we also have this day-to-day responsibility of taking care of this piece of land,” Huffaker said. “My presentation will build on Leopold’s own life and how important it was for him to win and face struggles and successes in managing his own farm, and leading him to articulate this vision of a land ethic, which, in short, we describe as an ethic of care built on this sense that people are part of the natural world, not apart from it.

“The way we’re managing our property takes into account the cultural past of the Leopold family’s own effort, current conservation challenges and then looking to the future and what climate change may have in store in terms of needs and demands for the land and the Leopold organization. That’s what I want to try to capture in my presentation.”

Huffaker said it is a great and humbling honor to carry the Leopold legacy into the 21st century. He cites as recent organizational successes the 2011 documentary Green Fire about Leopold’s life and his land ethic, habitat restoration and ecological management work, and the building of the Leopold Center.

“Our goal was to have it embody what a land ethic would look like in the 21st century,” Huffaker said of the Leopold Center. “It was designed to be a net-zero-energy facility, to be carbon-neutral in its operations, connecting the building materials and operations to our ongoing land management and sequestering more carbon on the landscape. And it was built from trees that the family planted in the ’30s and ’40s so that carbon is further sequestered.

“I’m a little biased, but it’s quite an attractive building,” Huffaker continued. “To see people’s experience and expressions when they come here and see how – with the kind of vision and foresight Leopold had, and then his personal investment into the land – [it resulted] in this building. I like to say he started growing our building years ago. I think that also illuminates for people the potential. Having these buildings that have minimal impacts to the environment – those are not pipe dreams. All that information and technology is available to us. So that has been the most tangible success story that we’ve experienced and been a part of.”