Widespread flooding. Rising sea levels. Another global temperature record. We are awash in news of extreme weather and climate change, but the topic of climate change has become a political football. The unfortunate result is a perception of greater uncertainty than actually exists.

We would like a simple answer to the simple question, “Is the science settled?”

Here I suggest a more nuanced query: What do we know, what do we think we know, and what don’t we know?

What we think we know:

What we don’t know:

So, how should society proceed amid this mix of knowns and unknowns?

This critical question falls outside of science, but as a citizen I know we need to act and I am hopeful we will do so promptly and prudently.

First, renewable energy has surged during the past decade because of huge declines in the cost of wind and solar power. This trend should continue, due to both economics and customer demand. Second, support for economic incentives to transition away from fossil fuels is increasing. California recently extended its cap-and-trade emissions program, and interest is growing among businesses and in Congress for market-based solutions spurred by a carbon fee. Finally, technological advances such as new extraction technology, increasingly popular electric/hybrid cars, and stronger energy efficiency measures have helped to lower America’s net carbon emissions in recent years.

Even greater “game changers” in the future, such as new storage technologies and tidal electric generation, may help to put the brakes on climate change. 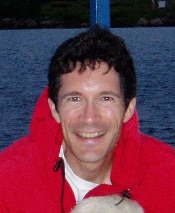 Dr. Vavrus is a senior scientist in the Nelson Institute Center for Climatic Research at the University of Wisconsin-Madison. He uses computer climate models to understand how climate is changing across the Earth, including the Great Lakes region. Dr. Vavrus is an active member of the Wisconsin Initiative on Climate Change Impacts (WICCI) and was an invited speaker at last year’s United Nations Conference of the Parties Climate Change Summit in Morocco.