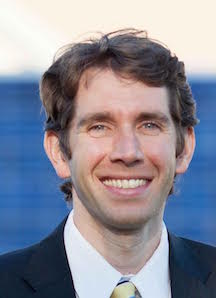 Last week I had the wonderful opportunity to speak with the Climate Change Coalition of Door County about renewable energy. Instead of focusing on the environmental impacts of energy, however, I spoke about how renewable energy can be harnessed to make Wisconsin stronger economically.

Wisconsin is about twice as dependent on coal as the average state in the U.S. In fact, we are over-reliant on coal, because when you look at a pie chart of how Wisconsin produces electricity (as of 2015), about two-thirds of the pie comes from coal alone.

Think about our electricity generation as a portfolio, similar to how you might have your retirement savings invested. Would any investment manager recommend that you have two-thirds of your money in one stock, or even in one sector of the economy? I doubt it. That is a risky way to invest, and it’s risky allocation for our electricity production.

Wisconsin would be in a stronger position if our electricity production were more diversified. With renewable energy making up just five percent of our in-state electricity production today, there is no question clean energy presents a growth opportunity that will strengthen and diversify Wisconsin’s energy mix, and reduce our risk of depending too much on one form of energy.

Beyond diversification, energy has a huge economic impact in Wisconsin. Currently, we send nearly $16 billion out of state every year to buy coal, natural gas, oil and imported electricity, because we don’t have any of those resources in Wisconsin. When that money leaves our state, it is growing jobs in other places, but not in Wisconsin.

The resources we do have in Wisconsin are renewable: solar, wind, bioenergy and hydropower. When we build renewable energy projects in Wisconsin, with locally made equipment and a local workforce, it has an extremely positive growth effect on our economy. The same is true for energy efficiency projects. Both renewable energy and energy efficiency keep our dollars in the state and create a positive economic feedback loop.

Last year, a study called Clean Jobs Midwest was conducted to count the number of clean energy jobs across 12 Midwest states. Wisconsin ranked ninth overall out of 12 states, but when compared on a per capita basis as a percentage of each state’s total workforce, we ranked last.

But let’s flip our perspective to look at that glass as half full: in Wisconsin we have a tremendous opportunity to catch up and pass other Midwestern states simply by copying what they are doing to grow their job force.

One key way to grow Wisconsin’s clean energy job force is to protect and then increase funding for the state’s Focus on Energy program that helps citizens, businesses and nonprofits install more energy efficient technologies and renewable energy systems. The program is designed to help customers save energy and save money, and it continues to be a resounding success with more than three dollars returned for every dollar invested.

In the long run, this program helps keep costs down for everyone, because by saving energy we avoid the need to build much more expensive new power plants.

Looking forward, the future for renewable energy in Wisconsin and beyond looks even brighter. Wind and solar technologies continue to improve in efficiency while costs for equipment decrease.

In addition, the business community is getting on board.

Across America, nearly 60 companies have banded together to outline principles for working with utilities to power their corporate operations with new renewable energy.

These companies are familiar to nearly everyone, and include Wal-Mart, Kellogg’s, Procter & Gamble, Amazon, Facebook, Microsoft, General Motors, Gap, Adidas, Starbucks, McDonald’s, Target, and many, many more.

In Wisconsin, companies like J. Smith Pumpkin Farm in Kenosha, O&H Danish Bakery in Racine, Letterhead Press in New Berlin, JONCO Industries in Milwaukee, and Heartland Farms in Hancock are investing in clean energy today to save money and lock in lower bills for years to come.

Clearly, renewable energy is a winner for businesses in Wisconsin and across America, and for homeowners as well. In fact, there’s never been a better time to look into solar panels for your home.

In Wisconsin, we stand at a crossroads on energy and electricity. Investing in renewable energy will help strengthen our state’s economy, diversify our electricity production to reduce the risk of being over-reliant on coal, and open our doors to even more business opportunities. Let’s get moving!

Tyler Huebner is executive director of RENEW Wisconsin, a state-based renewable energy advocacy nonprofit focused on advancing wind, solar, bioenergy, hydropower, and smart energy usage. In 2015, Huebner was named among the Midwest Energy News’ “40 Under 40” recognizing 40 of the best clean energy leaders under age 40 from throughout the Midwest. He holds engineering degrees from the University of Iowa and Stanford University.