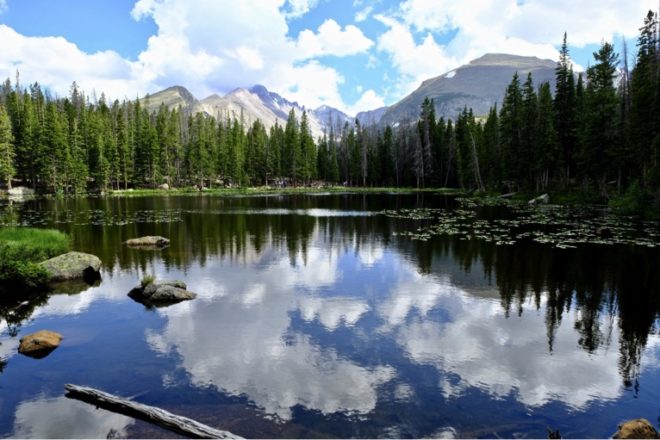 Every week there’s more news, most of it bad, about how we’re destabilizing our climate, degrading our ecosystems and leaving a crippling mess for future generations. There is some good news, too, but most days it feels like the bad news vastly overwhelms the good.

What’s even more disturbing is that we are knowingly doing this to our planet. It’s impossible for the world’s leaders to say that they “didn’t know” this was happening and that we didn’t have the power to prevent it.

But for every reason to despair, there are two reasons to hope.

Hope and light are always more powerful than despair and darkness. And they are always there. You just have to look for them. You have to have an open mind and be brave, and they will present themselves to you.

Hope Is a Verb

Hope is not the same as blind optimism, or some naïve belief that everything will turn out OK if we just sit still. It’s an active frame of mind, an active frame of heart. It asks us to act, not just to receive. To work, to sweat, to love, to risk it all. It challenges us to build a better world against the real possibility of failure – not merely to expect that others, or invisible hands, will do the work for us. In other words, hope is really a verb, and optimism is a noun. Don’t confuse the two. The writer Rebecca Solnit put it best:

“It’s important to say what hope is not: It is not the belief that everything was, is, or will be fine. The evidence is all around us of tremendous suffering and tremendous destruction. The hope I’m interested in is about broad perspectives with specific possibilities, ones that invite or demand that we act.”

But maintaining a hopeful stance is difficult, and it needs fuel to rekindle it.

Here are some recent developments that help to power my sense of hope:

These are just a few of the signs that the world, in fact, can get better ,  but only if we work hard at it.

Hope as a Strategy for Changing the World

There’s another reason to hope: It’s a good strategy if you actually want to change the world, mainly because no one follows a pessimist. Sure, pessimists who strike fear and despair in the crowd are good for rallying their base, whether that’s the extreme left or extreme right. But it doesn’t work for most of us. It simply doesn’t inspire people to act. It paralyzes them with fear and despair.

If you really want to inspire people to change the world, hope is a necessary ingredient.

Martin Luther King Jr. didn’t say he had a nightmare; he said he had a dream  – a dream of a better world. A dream that he, and many others, worked to make real. That’s hope. And it changes the world.

So, let us dream together of a better world – a world that we want. A better world for our children, regardless of background. Republicans. Democrats. People of all colors. Of all nationalities. Of all genders. All of us.

If we hope for that world together, there is a chance – a fighting chance – that we can build it. But without hope we have nothing.

Dr. Jonathan Foley (@GlobalEcoGuy) is an environmental leader and scientist who has worked on climate change, global ecology and sustainable agriculture. He is the new executive director of Project Drawdown, a comprehensive plan to reverse global warming.

The Climate Change Coalition of Door County will screen the film Saving Snow in January. The film examines how climate change is affecting winter recreation and how people are adapting to those changes.

The movie, filmed in Wisconsin, will be shown Wednesday, Jan. 9, 2019, at Crossroads at Big Creek in Sturgeon Bay. The League of Women Voters of Door County is co-sponsoring the screening.