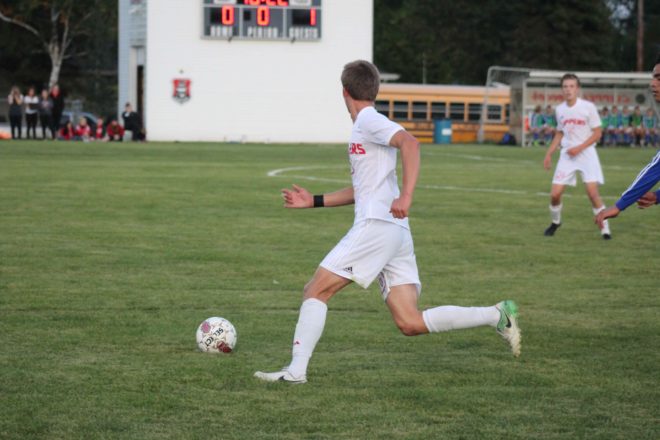 Sturgeon Bay Boys Soccer is heading to state for the sixth time since 2010. They won it all in 2015. Photo courtesy of the Sturgeon Bay High School Yearbook Flashes Staff.

The Sturgeon Bay Boys Soccer team is heading back to the state tournament.

Coach Todd Maas will lead his team into action in a state semifinal game versus Kohler in Milwaukee Friday, Nov. 3, at 1:30 pm as the team seeks its second title in three years. On Tuesday Maas was studying up on Kohler, a team his Clippers haven’t played and who hasn’t shown up on the state tournament stage before.

“I don’t know a whole lot about them at the moment, but I’ve got some film to watch,” Maas said. “I’ve heard they’re big, they’re physical, and they’re a good team.”

Kohler enters the tournament as the number two seed, while Sturgeon Bay is third. The Prairie School of Racine is the top seed. 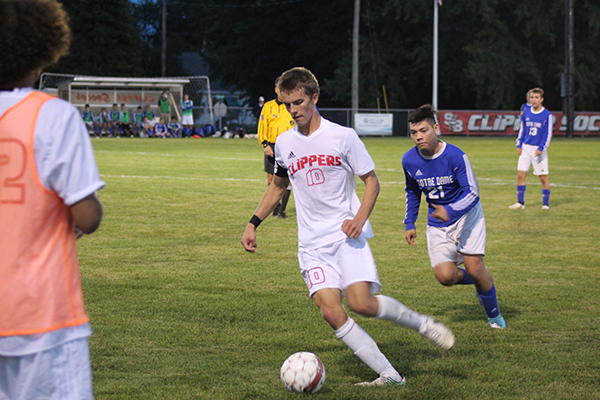 For the Clippers, the state tournament stage is nothing new. It’s their sixth appearance since 2009, a run that includes a state title in 2015.

“It’s all about the kids and their willingness to work hard,” he said. “They work throughout the year, a lot of them play club, put in the effort and do things the right way. If they didn’t do their off-season work we wouldn’t be in these spots.”

The Clippers are led by senior Jaden Stevenson, who ranks second in Wisconsin history with 161 career goals. Maas said the Division 1 prospect is constantly improving.

This year Stevenson ascended to become the team’s centerpiece, controlling what the team does for the entire 90 minutes, Maas said.

“When things start to get a little bit crazy, he’s the one that demands the ball, slows the game down and makes sure we’re doing things the right way,” Maas said. “He’s giving instructions to other players, always engaged in the game.”

Stevenson is joined by three other senior leaders in Eberhardt Dietzel, Trent Maas and Ezra Haight. All were a part of the 2015 title team and are hoping to cap their careers with a repeat performance.

“With those guys, it’s senior leadership,” Maas said. “They’ve been to these venues before, they’re calm and cool. Those guys never come off the field.”

If the Clippers win Friday, they turn around and play in the state title game Saturday at 4:30 pm. Prairie School plays McDonald/Regis in the other semifinal game. 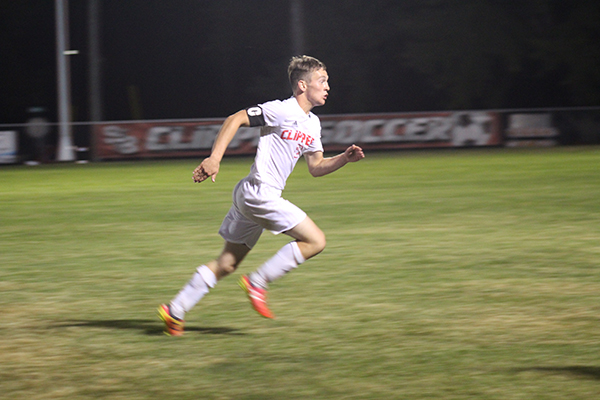