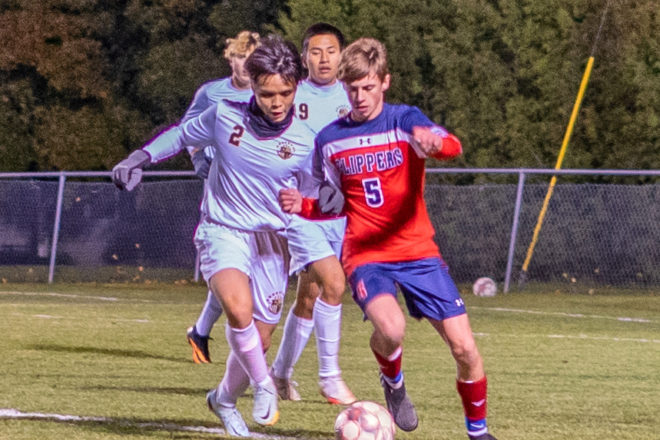 The No. 2-seeded Clippers opened tournament play at home Thursday when they shut out No. 15-seeded St. Lawrence Seminary, 5-0.

The Clippers will play for the regional title against No. 7-seeded Wrightstown, which won its semifinal game 2-0 on Thursday against No. 10-seeded Algoma. The regional champion advances to the sectional semifinals on Oct. 27.

Door County’s other boys soccer team, No. 12-seeded Gibraltar/Sevastopol, saw its season come to an end Thursday when the Vikineers lost 2-0 in the regional semifinals to No. 5-seeded Winnebago Lutheran Academy.