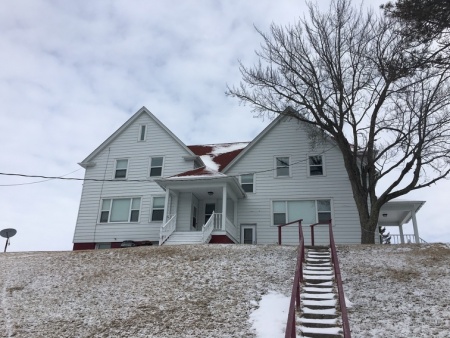 The U.S. Coast Guard is proposing to demolish a housing unit located on federal property at Coast Guard Station Sturgeon Bay. Originally built in 1896 as the lightkeeper’s dwelling, the building has undergone numerous interior and exterior renovations and is no longer used for housing personnel.

It was first altered in 1904 when an extension was added, more than doubling its original size. It was later converted into a carpentry shop, then back to housing for Coast Guard personnel. The building is currently unoccupied and is deemed substandard and unlivable because it is no longer structurally sound. It has potential health and safety hazards to would-be residents due to asbestos in the plaster and prior use of lead-based paint.

The U.S. Coast Guard has determined that the proposed demolition will not adversely affect the nearby historic structure, the Sturgeon Bay Canal Lighthouse.

The public is invited to send comments or input regarding this proposed undertaking to Wayne Kean at [email protected] or 216.902.6258 by April 8, 2016.