Sandy Duckett believes it is time for young people to forget the romantic notion that college is the place to find themselves before moving on to the real world.

“It’s too expensive these days. There are better ways to find themselves,” said the CEO of Sturgeon Bay-based We Are HOPE, Inc.

Duckett and her team at We Are HOPE are on a mission to get people to think differently about their own futures, especially the idea that a costly college education is the only way to get ahead in the world.

“I’ve been watching college debt since 2004 when I worked in the college industry. I saw trends that were happening there,” she said. 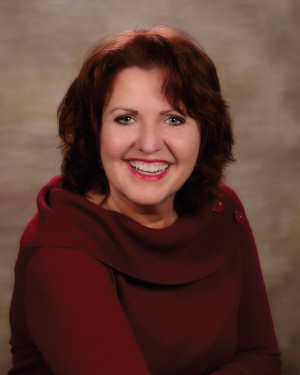 One of those trends is a significant downturn in startup businesses in the United States.

For the first time since the government began measuring it, American entrepreneurship is in decline. The U.S. now ranks 12th among developed nations for business startups. The U.S. Census Bureau reported last year that for the first time in 35 years, American business deaths outnumbered business births — 400,000 were born while 470,000 died in the same time frame.

The economic crash had something to do with that. Up to 2008, new businesses outnumbered dying businesses annually by almost 100,000. Since then, the numbers have almost reversed in favor of dying businesses, which has a trickle down effect throughout the economy — declining revenues, smaller salaries, less taxes collected, all leading to funding reductions for everything from infrastructure to social services.

And since 1971, college enrollment has more than doubled, with 19.5 million attending in 2013 (the most recent census data). Duckett mentions that 70 percent of high school graduates today go on to college, compared to 20 percent in the 1950s.

Rising costs have created a college loan industry that doles out approximately $100 billion a year to students and their families. The total level of outstanding student debt in the U.S. stands at more than $1.2 trillion.

“This is wrong, what we’re doing to people,” Duckett said. “People have got to start paying attention. We have not as a society framed what the expectations are as well as we should. We have told the past generation that if you go to college and work hard, you will succeed.”

In February 2015 Duckett and her staff unveiled an initiative called Be Smart With Education wherein they attempt to get high school students to really think about their futures and what makes most sense for them.

The effort began with an online survey about college debt that 342 people answered. More than half the respondents (51 percent) were between the ages of 18 and 35. Forty-nine percent of respondents said they were carrying more than $30,000 in student loan debt, and 55 percent of those people are paying between $200 and $400 a month on that debt.

“The American dream appears to be hard to achieve,” wrote one respondent. “We were told to get educated when we were very young but right out of the box the debt overwhelms getting life started.”

“People are wondering how is this different than some of the other initiatives out there,” Duckett said. “We’re not trying to create value streams. We’re trying to get to the people who need to make decisions and we’re tying it to the jobs in today’s economy. We are the experts in that field and we’re putting our stake in the ground for that, because of the experience we have, because of the programs we offer, because of the partnerships we have with businesses and because of our economic development background.”

This is not, she adds, an assault on higher education but more of a wake-up call that things have gotten out of whack.

“There are way too many programs and way too many institutions fighting for your tuition dollars,” Duckett said. “If we look at the amount of money we have spent with post-secondary education in this region, it’s millions. But there is such a disconnection. A technical college advertises that it has 200 different types of degrees and diplomas. How can anybody make a good, solid decision with that many programs?”

Be Smart About Education was created to engage high school students throughout both Door and Kewaunee counties to really think about what they want to do with their futures, but Duckett would like to see it expand beyond this region.

“It’s bigger than this area,” she said. “It works so well with economic development, this should be a national movement.”

In fact, Duckett has teamed up with a California company called Telos Educational Services that is on the same educational mission.

“They put together a video called Success In the New Economy, which validates everything we have said since February,” Duckett said. “The biggest problem we have, there are still not enough jobs in the U.S. Let me give you an example:  There are 180,000 students in the UW System today. There are nearly 330,000 in the technical college system. That’s 510,000 students. We can tout that we have 100,000 jobs available, but those numbers don’t add up.”

Duckett knows it’s a rare teenager who has his or her future planned, so students exposed to the Be Smart About Education program are asked to stop and think about themselves by answering three questions:

“Our message when we talk with young people about education and career planning, every job is important,” Duckett said.

But she adds that the program is also about helping young people with realistic expectations for their futures.

“If you want to go into the health care industry and be a nurse, you may have to work evenings and weekends,” she said. “That’s where the jobs are, not the daytime shifts, but know that you’re not going to do that for the rest of your life. That’s how you get your foot in the door.”

Ultimately, Be Smart About Education is about helping people make wise decisions for their own benefit.

“An education is not the only thing you need,” Duckett said. “What you choose today may not be for the rest of your life. Choose wisely. Education is one of the most important decisions you can make in your life. Sixty-seven percent of young people change their minds at least once, if not multiple times. They shouldn’t feel like failures if what they set out to do didn’t work out because that’s part of life.”